Learning Made Fun with LeapFrog 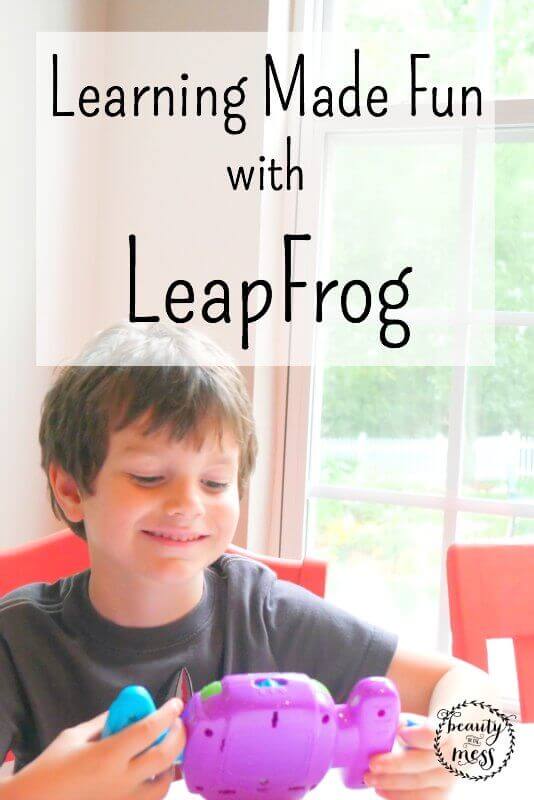 As a LeapFrog Mom Ambassador, I receive products, promotional items and educational material to use and share about our experiences. However, all opinions are my own.

As a first time mom I had it all figured out. I made all these rules about what our children would and wouldn’t play with. Things that could and couldn’t be brought into our house. I was an expert on all things baby related.

Then reality set in and I realized I didn’t know quite as much as I thought I did. While many of those rules have fallen by the wayside after four children, there is one company that has always been a constant.

My children pretend to be Leap, Lilly, and Tad. They have their own Scouts and Violets. They learned their letter sounds along with Tad, and to this day recite the script from the movie. We sing the fun songs that get stuck in your head that help my daughter learn that the vowels are the glue that help letters stick together to form words.

As they have gotten older, the LeapFrog toys have changed, but they are a key part of our day as we learn. The best part? They are having so much fun as they learn concepts that were foreign to them just weeks before. 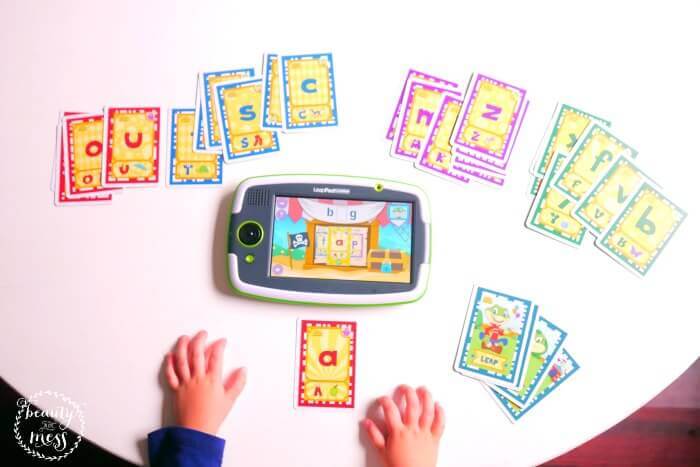 The LeapPad Platinum is a favorite at our house. Especially when paired with the Imagicards. The kids love it because they can take their own pictures and video, play games, and surf the web.

I love the LeapPad Platinum because it’s built to withstand kids. There is a shatter-safe screen and wrap-around bumper. So far so good. The stylus may need some work. We have already gone through two of them. If your kids still put things in their mouths and chew on erasers, buy extra styluses. Trust me. 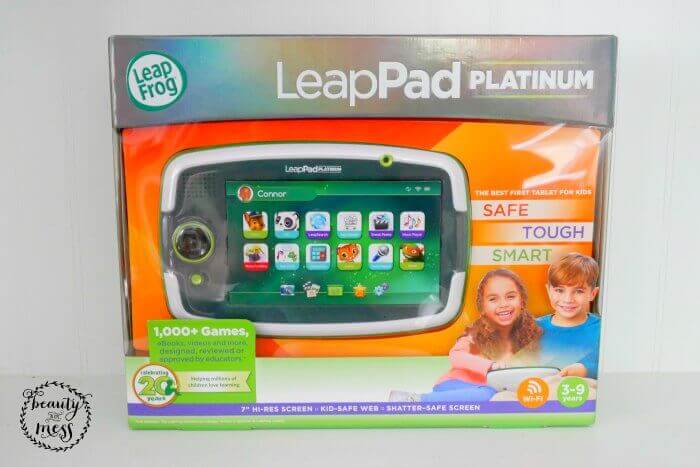 Three of our four kids fit within the suggested age range of 3-9. The LeapPad Platinum has a 7″ multi-touch screen and gives you access to the LeapFrog learning library of over 1,000 games, e-books, and learning apps.

One of my favorite features though is the Just For Me Learning Technology. Each child has their own profile which allows the technology to track with the child. Just For Me learning personalizes the learning to each individual child, automatically adapting during their play time and offering different features to keep the child challenged.

I can hand my children their LeapPad Platinum and know with confidence that the programs we have downloaded will reiterate the concepts they are learning during school, even challenging them to go further. 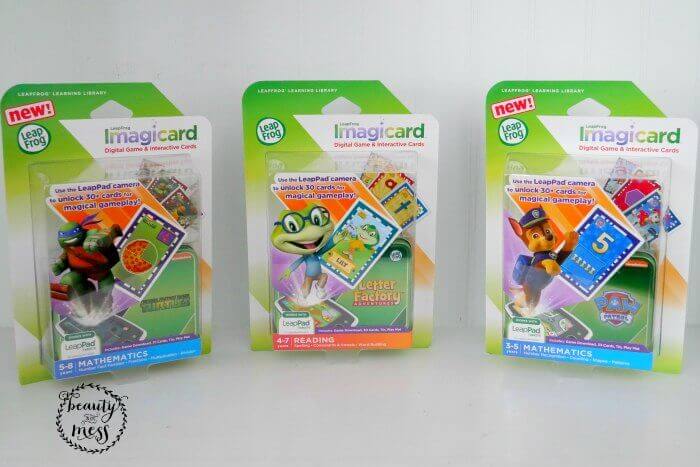 A really cool feature of the LeapPad Platinum is the ability to enhance play with LeapFrog Imagicard. There were lots of oohs and ahhs when we used them for the first time. My kids were impressed too. 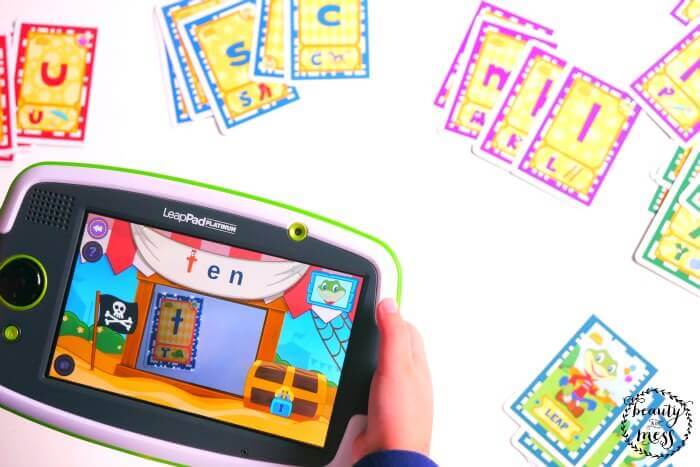 With LeapFrog Imagicard, kids use the LeapPad Platinum to take pictures of the cards which bring the cards to life. It’s awesome. Don’t get nervous though. If you lose a card or two, it’s okay. All the cards are digitally included in the game so the game can still be enjoyed while out and about. 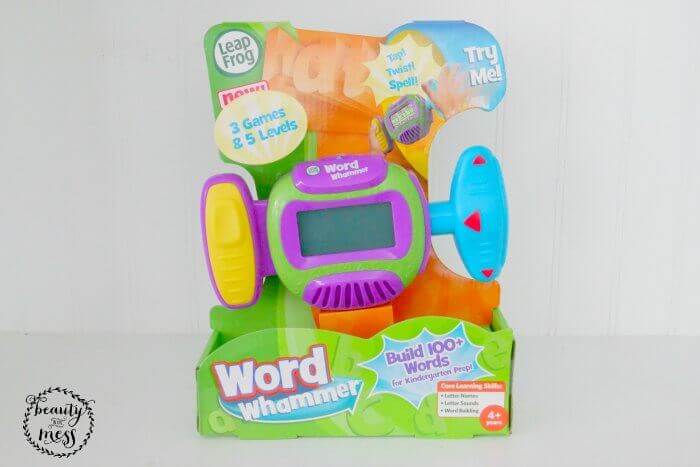 We had the older version of the Word Whammer, but I really like this version better. It’s great for car rides, and for use during rest time while big sister is doing school. Both our 5 and 3 year olds really enjoy it. 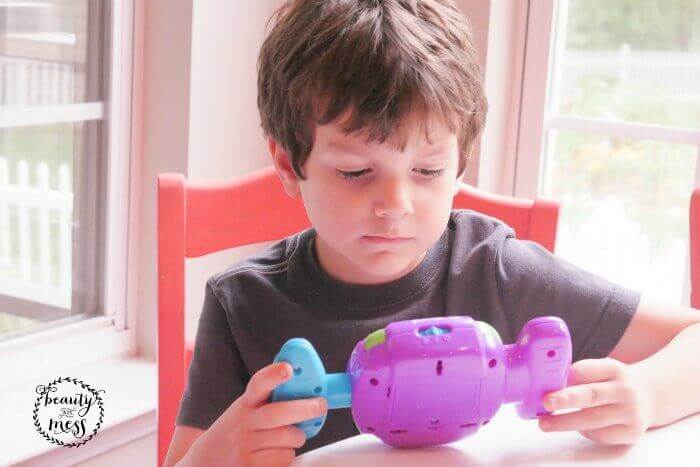 The Word Whammer has 3 games and 5 learning levels that adapt as they play. I LOVE that. It helps with phonics skills, identifying letters, and building more than 100 words as they are busy pushing and twisting the handles.

It’s just the right size for keeping in the diaper bag. 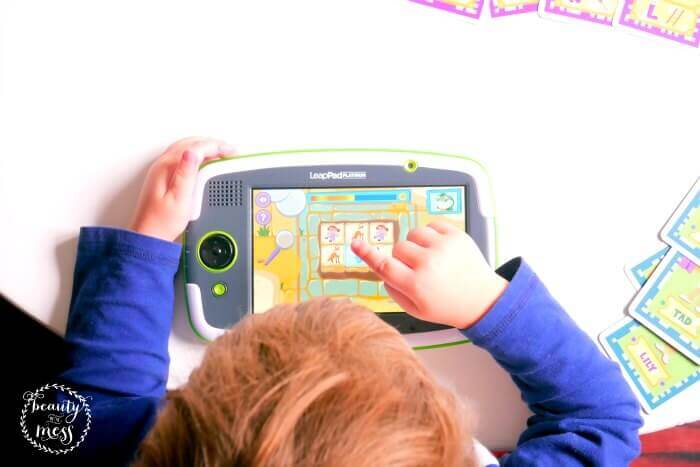 What are your favorite LeapFrog Learning toys? 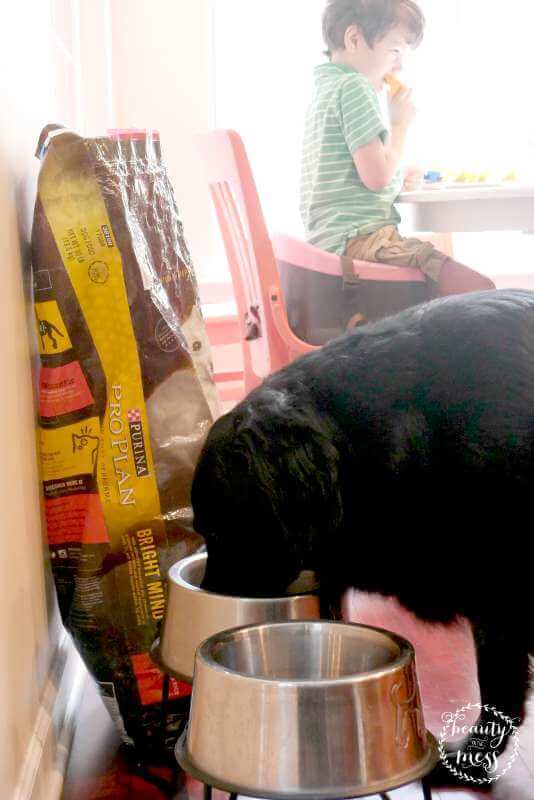 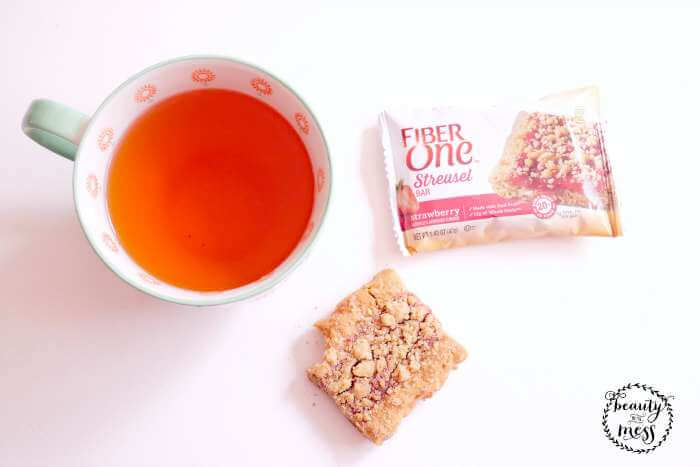 Next
7 Ways to Turn Your Day Around