This is the best french toast recipe I’ve ever had. Who knew Creme Brulee French Toast would make me sad when we ran out of bread?! As with every good recipe, there is a story.

How Creme Brulee French Toast Came to Be

Walking into the Kitchen, I saw two of my kids rummaging through the refrigerator.

Unsure of what exactly it was they were doing, I watched. They were on a mission. I listened trying to find clues as to want kind of recipe they were going to create. I heard words like “Bob”, “grumpy like a bear”, “Rolly”, “Bingo”, “Hissy”, traveling to France. Then I heard it. “French toast.” It all made sense.

They had been watching Puppy Dog Pals on Disney Junior. In episode 3, Bob goes to make breakfast and realizes he doesn’t have bread, which makes him grumpy like a bear. Rolly and Bingo travel to France to get bread.

Luckily I walked in before they took it upon themselves to make french toast. 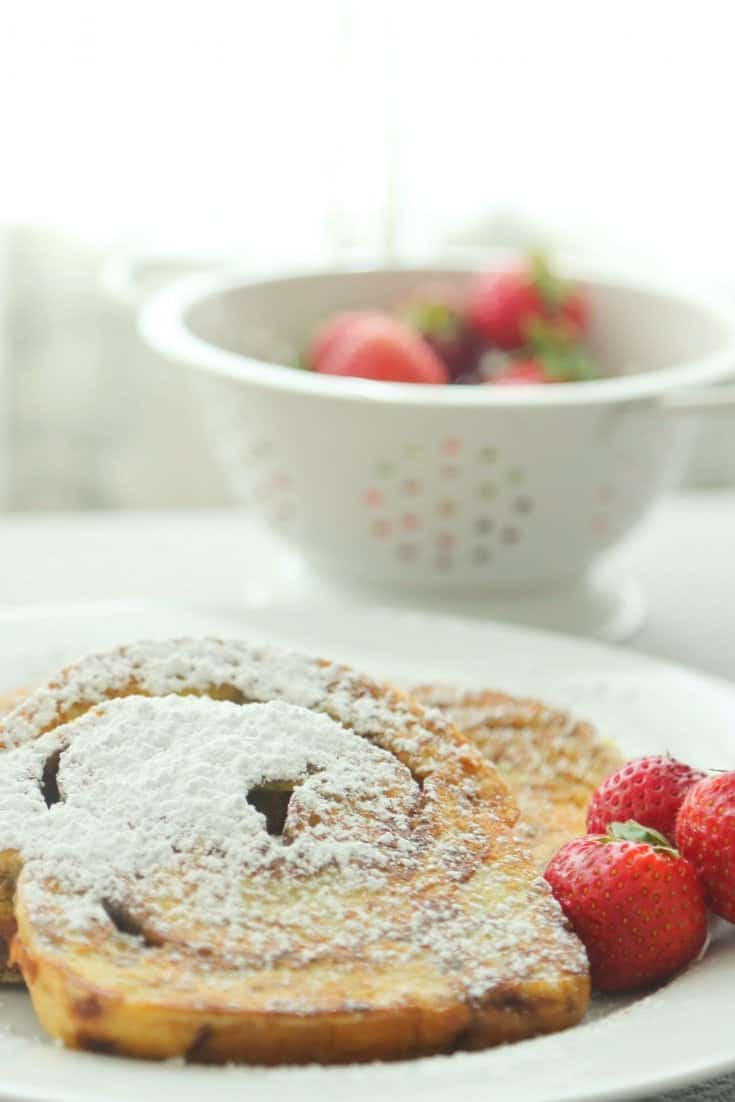 We decided to add our own little spin on the french toast Bob made, and it was a huge hit. Creme Brulee French Toast is amazing. I think Bob, Rolly, Bingo, and Hissy would agree. 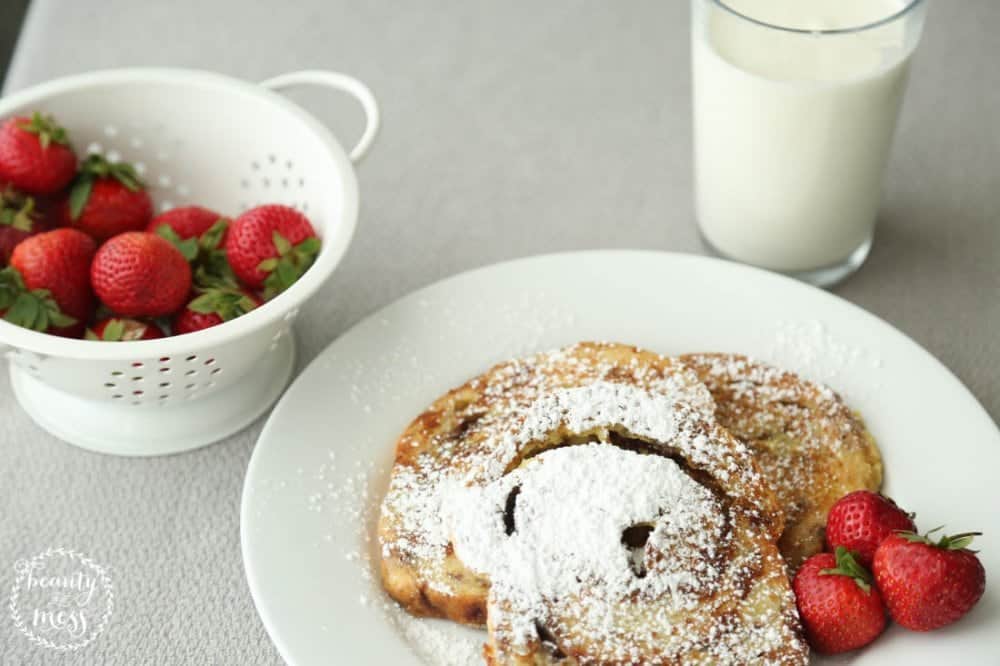 One loaf of Cinnamon Chip Bread

strawberries or another berry for the side, optional 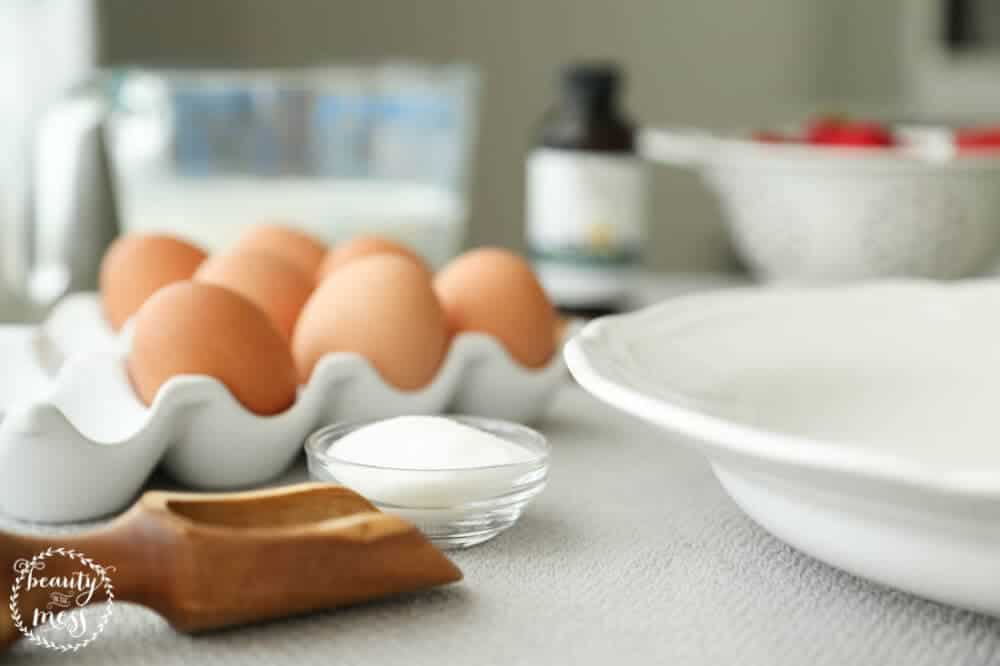 This was a fun way to get the kids in the kitchen to help. This recipe will forever be called Bob’s French Toast to my kids. They have asked for it multiple times now and I will never make plain French Toast again.

In a bowl, whisk together eggs, yolks, and sugar, until smooth.

Mix in the heavy whipping cream and vanilla. 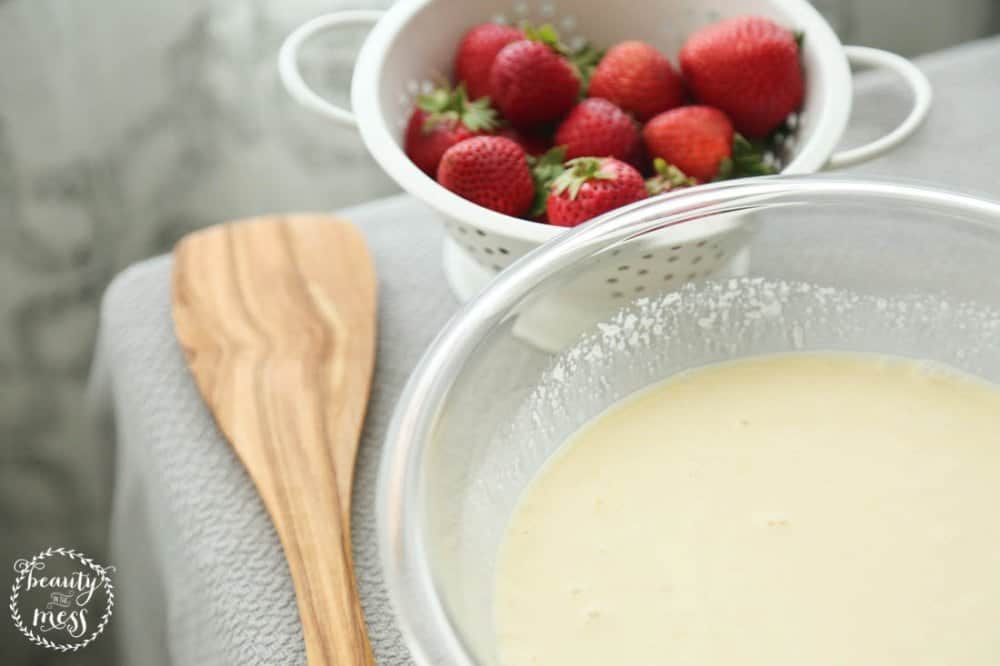 Dip bread slice by slice in the batter. 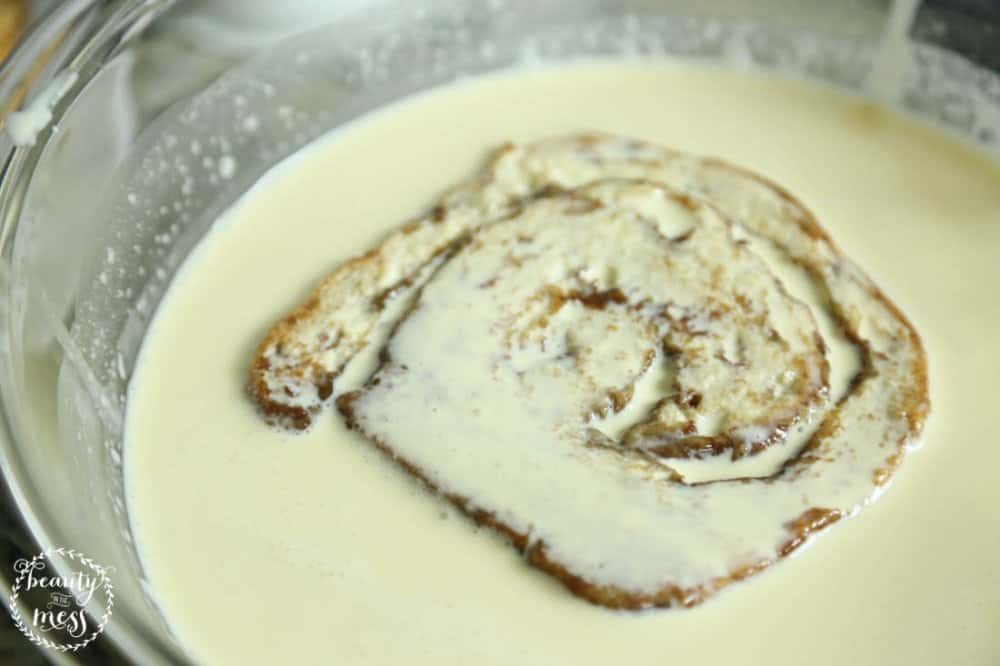 Transfer to medium-low pan on the stove or griddle. 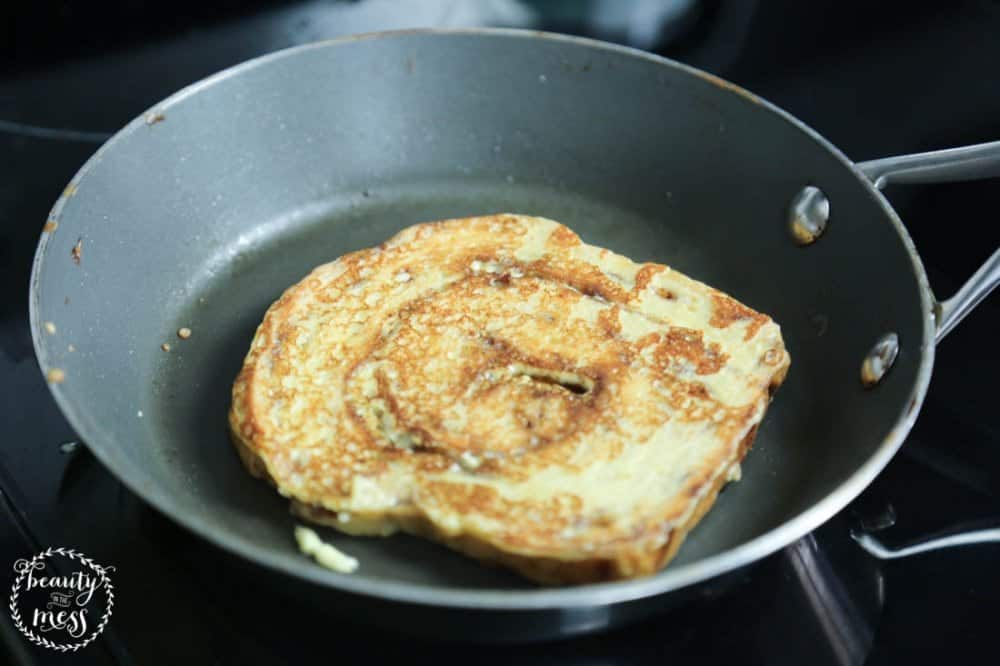 Sprinkle with powdered sugar and garnish with strawberries. 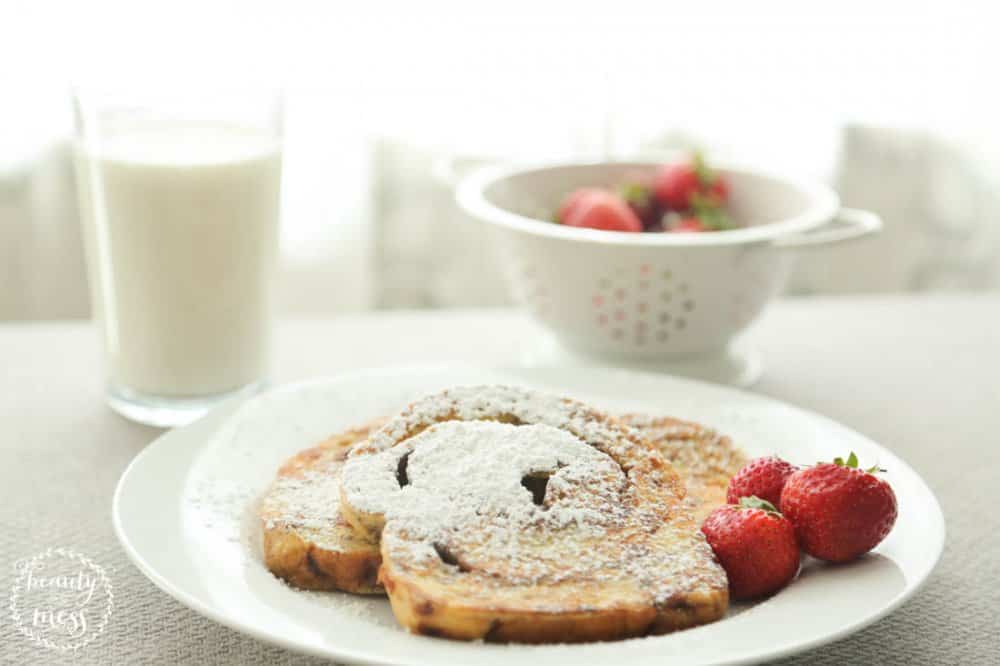 What is Puppy Dog Pals?

Puppy Dog Pals is a new series on Disney Junior about brothers Bingo and Rolly, two pugs who have fun traveling around their neighborhood when their owner Bob leaves home. They also have a cat sister named Hissy, and a robot dog named A.R.F. It teaches friendship and cooperation. The pups’ motto is life is always more exciting with your best friends by your side.

Isn’t that so true?

I haven’t always been a dog person, but when we moved from Raleigh to Charlotte, we brought a pup to our new home. It’s been fun to watch the kids grow up with her. She has been protective of them from day one and is always by our side. 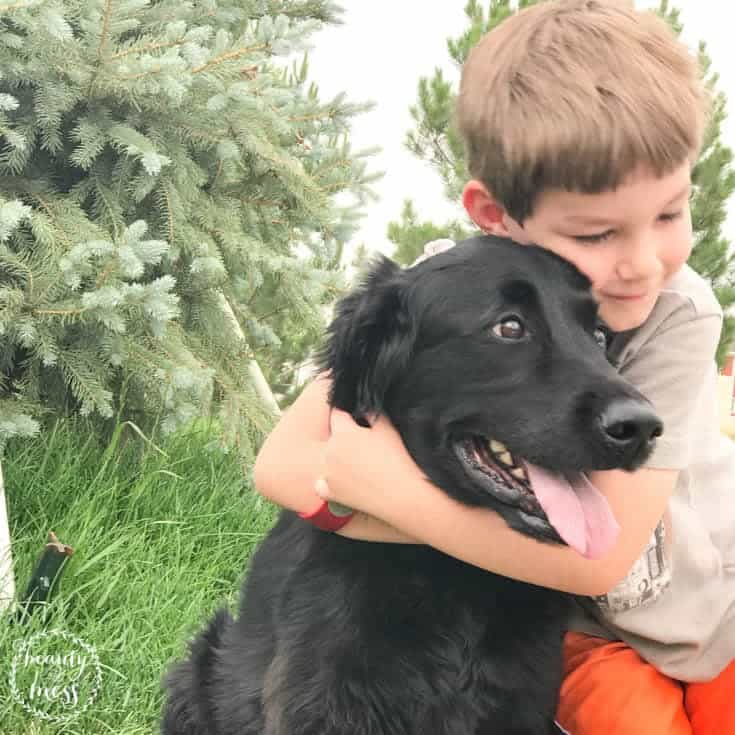 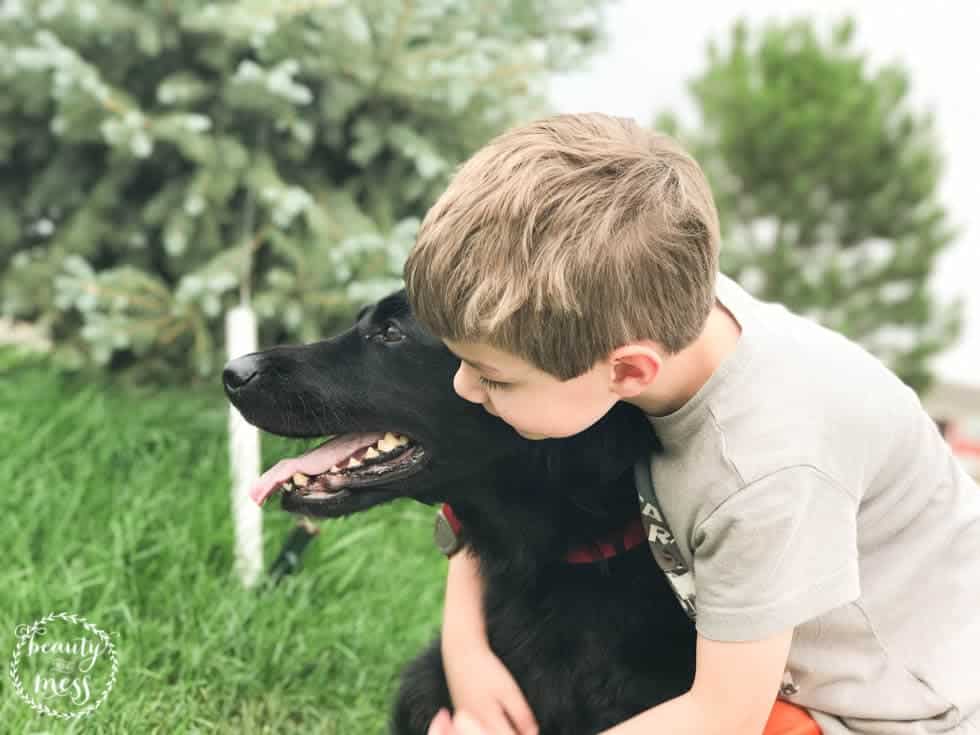 Grab the ingredients to make Bob’s Creme Brulee French Toast, get your little helpers in the Kitchen, and tune into Disney Channel to celebrate FRiYAY this Summer.

Oh my gosh! My favorite breakfast and favorite dessert in one! I cannot wait to try this! It looks simple enough to prepare. I hope my results live up to your pictures lol

All I saw was French Toast I had to come over! Dear I say I love French Toast more than I like pancakes....not waffles though lol. Can't wait to try!

This looks so divine!

Believe it or not, I've never really read a french toast recipe that impressed me. This one totally did! I can't wait to try it out!

You had me at creme brûlée!! This looks absolutely delicious and funny how kids speak in a code only mothers understand lol!!