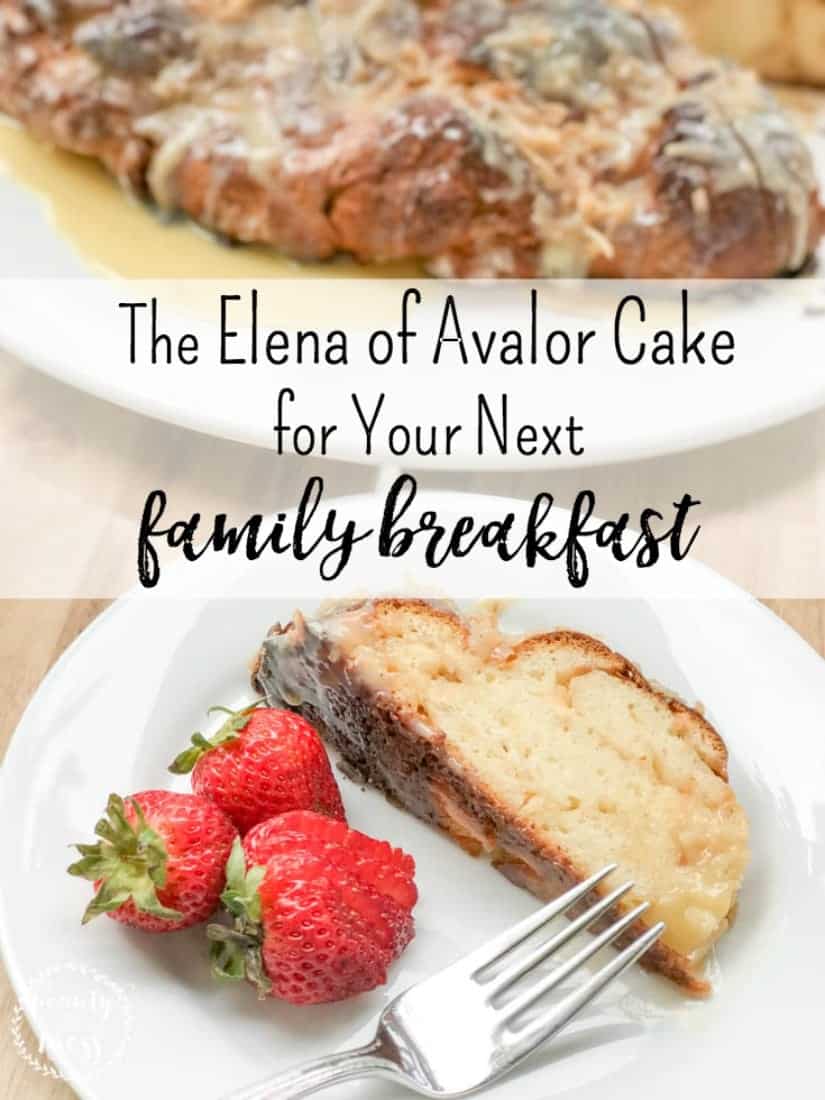 Make memories this Summer with your family. Add this delicious Elena of Avalor inspired Gluten-free Rosca de Coco to your breakfast menu for an Elena of Avalor themed morning.

Thank you, Disney Junior, for sponsoring this conversation. All opinions are my own.

Over the past several years, a lot of things have changed in our family, yet one thing hasn’t changed at all.

If the television is on during the day, it’s on Disney Junior.

With moving to a new place and starting a new school where we knew no one, it was comforting to be able to turn on the television and see familiar faces. When Disney Junior came into our lives in 2012, I had no idea what a huge part of our lives it would become.

It’s funny how when you watch something for long enough, the characters become like family. Before each new show airs on Disney Junior, it is first aired on Disney Channel. For every premiere, we have had countdowns and popped popcorn. It’s our family time. They are shows we can watch as a family without having to cover their little eyes or ears because of something said or on the screen.

When Elena of Avalor came on the scene, my girls were excited about a new Princess who has a little sister, while the boys were excited about jaquins, guards, and wizards. Soon, pretend play as Elena, Isabel, Mateo, and Gabe was full force. Sometimes Naomi would show up too.

They were over the moon excited when Elena and the Secret of Avalor aired. Sofia the First and Elena of Avalor both in the same episode? It doesn’t get much better than that! Still to this day, when that episode comes on, they flock to the couch watching the screen intently, repeating lines as it goes along.

Not a day goes by that they don’t create their own Elena of Avalor storyline. Whether the boys are fighting over who is going to be Mateo and who is going to be Gabe or the girls are deciding who is Elena and who is Naomi or Isabel, the story goes on. Their imaginations run wild all day long. It’s a beautiful thing.

While we always have family popcorn nights during Disney Junior movies, I thought it would be fun to make breakfast we could make together and then eat during the new episode of Elena of Avalor. Food is definitely the way to the hearts of my kids. Even better when you name it after one of their favorite princesses. This sweet bread may forever be called “The Elena Cake” for no other reason than that we ate it while watching Elena of Avalor.

What Do You Need to Make Gluten-free Rosca de Coco?

How Do You Make Gluten-free Rosca de Coco?

1. Preheat the oven to 300º. Place the shredded coconut in a shallow baking dish and toast in the oven, stirring occasionally, until golden brown. Set aside.

2. Pour the milk in a small saucepan with the cream of coconut and the sugar and bring it to a simmer. Remove from heat.

3. Put the butter in the bowl of a stand mixer with the dough hook attachment. Pour the warm milk/sugar mixture over the butter and let cool. When the mixture is warm to the touch, sprinkle the yeast over it and set aside until yeast looks foamy.

5. Move the dough to an oiled bowl and cover slightly to rise for about one hour.

What Should You Do As The Dough Rises? Prepare the Filling.

6. Pour condensed milk, 3T butter, heavy whipping cream, toasted coconut, and a pinch of salt into a small saucepan. Heat over medium-low heat until mixture comes to a simmer. Let simmer for 3-4 minutes, stirring constantly. Set aside to cool.

7. Turn dough out onto a lightly floured surface and divide the dough into 3 equal pieces. Roll each piece into an approximate 5-inch x 8-inch rectangle.

9. Roll each piece of dough into a cylinder, enclosing the filling. Set aside to rest for 5 minutes.

10. Extend each piece of dough into a longer cylinder by rolling it on the counter, with your hands starting in the middle and rolling out to each side. Let rest briefly, then roll again, until each piece is about 24 inches long.

11. Loosely braid the three pieces of dough, starting at the middle.

12. Attach the ends of the braid to form a ring and place the ring on a lined baking sheet.

14. Make an egg wash with the remaining egg and 1T of water. Brush the egg wash over the braid.

15. Bake until the bread is golden brown and puffed, about 35-40 minutes. Remove from the oven and brush with the remaining filling while the bread is still hot.

This “Elena Cake” has quickly become a favorite family treat. Plus it’s a great way to spend time together as a family in the kitchen!

How Can I Watch Elena of Avalor on Disney Junior?

Make sure to tune in every FRiYAY morning for new episodes of your favorite Disney Junior series on Disney Channel! If you miss an episode, make sure to download the DisneyNOW app.

Thank you, Disney Junior, for sponsoring this conversation. All opinions are my own.

I love those dresses! Can you share where you found them or did you make them?

I bought them from Placard Originals. We LOVE their dresses.

YES! Disney Junior is always on at our house :) My girls would love this! My middle daughter has an Elena backpack and they LOVE the show!

What a wonderful way to enjoy family time. Recipe sounds delicious. I'll have to give that a whirl soon!