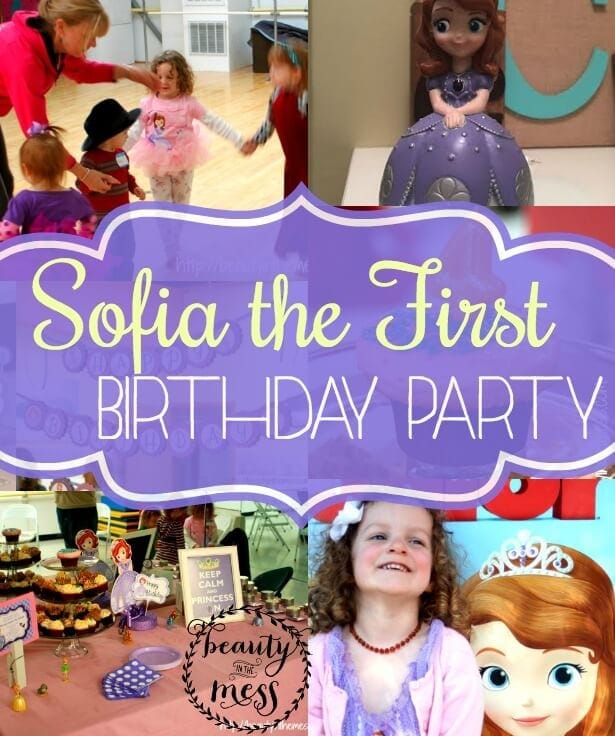 I’m sure that we broke a birthday etiquette rule somewhere, but for two years in a row we celebrated my daughter’s birthday with a Princess theme. We did change it up a little though and focused on the new Princess on Disney Junior, Sofia the First. If you saw the birthday party we did for our oldest son, here, you know that we are huge Disney Junior fans.

Our daughter loves Sofia, and I don’t mind. Sofia the First embodies kindness, loyalty, and trust. All characteristics we want to instill in our daughter. I can’t wait for Disney to incorporate her character in the Parks at Walt Disney World more. 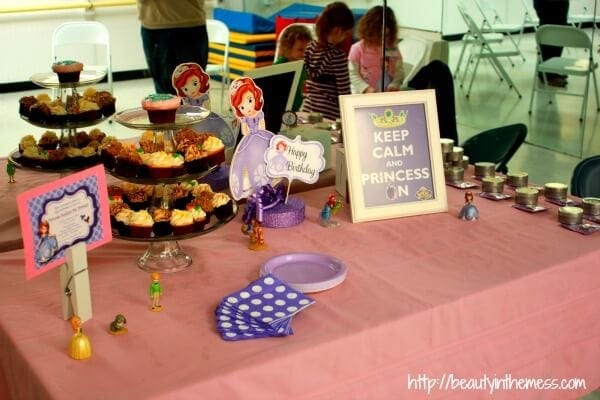 I’ve done Birthday Parties in the past where I went all out with a spread of food and snacks, and a cake. This time I opted for the low-key, mini-cupcakes with small bottles of water to drink. So much easier. 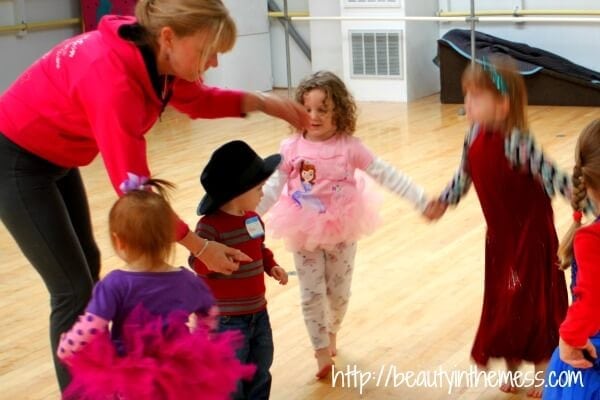 In the book and in the Premier episode, there is a Ball held in Sofia’s honor to introduce her to the Kingdom as the new princess. Around this time there was also a Groupon offered for a local dance studio. Perfect! All the princesses and little prince siblings has so much fun dressing up in costumes, dancing around the studio, and playing with hula hoops. We have yet to put our daughter in dance classes, so this was extra special for her. She still talks about it. That’s my gage as to whether something was a success in her eyes. If she’s still talking about it months later, she loved it. 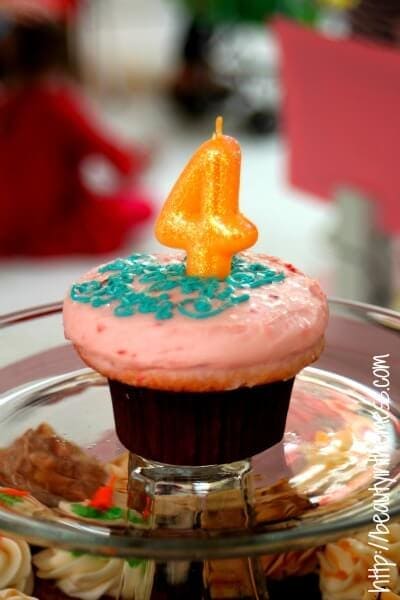 We also had Sofia the First coloring sheets we printed from the Disney Junior website for any down time. If you want to check out all the ideas I had for her Sofia the First party, you can see them all on my Sofia the First Birthday Party Pin Board on Pinterest. She’s already talking about her “number 5 birthday” being a Sofia the First Tea Party theme. I love having a girl.


What themed birthdays have you been planning? 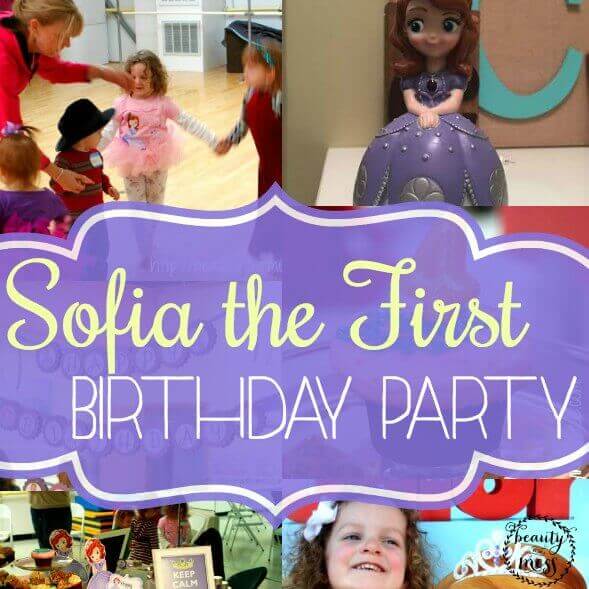 Previous
Exploring Our World with Little Passports
Next
Learning to Speak Life: Fruit of the Spirit Review