Over the years we’ve had the privilege of working with some of our favorite brands. Every opportunity is a gift that I don’t take for granted. Here are several places you’ll find Simplifying Family As Featured In television, in online publications, and various other media outlets.

Our family offers a unique perspective as a family of six with a large breed dog, living in an apartment in Orlando, Florida.

Simplifying Family As Featured In 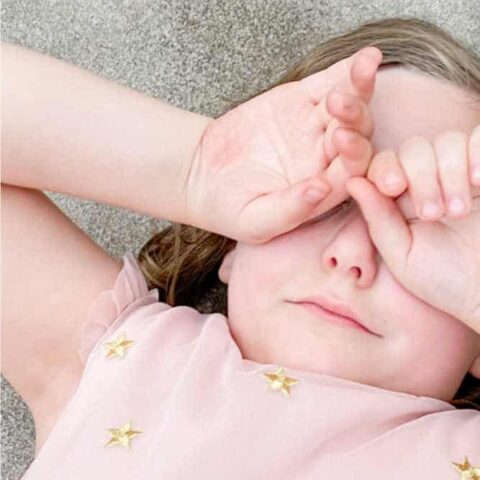 My Child's Anxiety: How Much Is Normal?

“Nervousness before a test or getting up to speak in front of the class is normal,” mom of four, Whitney Cornelison, told Mom.com. “Being nervous about starting something new, also normal. Anxiety about going to school, new situations, making friends, or anything that hinders their quality of life should be evaluated by a counselor or medical professional to find the root cause.” 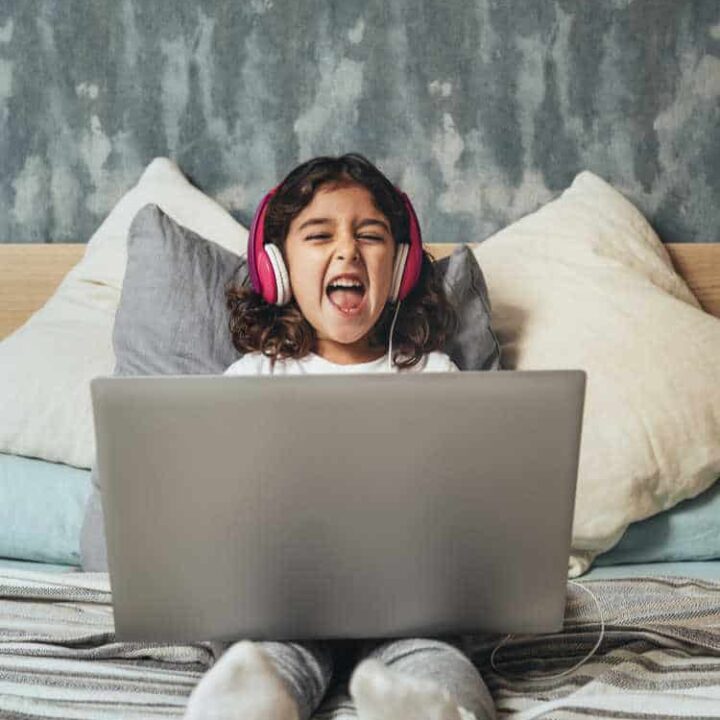 How To Have a Playdate During a Quarantine

There are also families such as mine who are not having online playdates during quarantine because, as mom of four Whitney Cornelison summed up, “With four kids, they usually play with one another.” 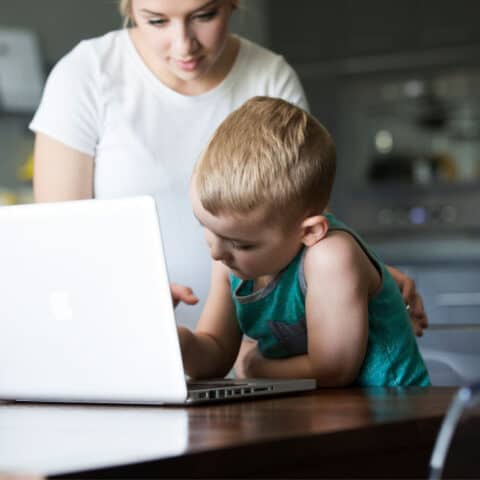 The Coronavirus: How Schools and Families Are Using Technology During Closures

Florida mom of four Whitney Cornelison said Florida Standards Assessments start April 1, 2020. “We’re being encouraged to utilize iReady and the other learning sites in their school dashboard,” she told Mom.com. 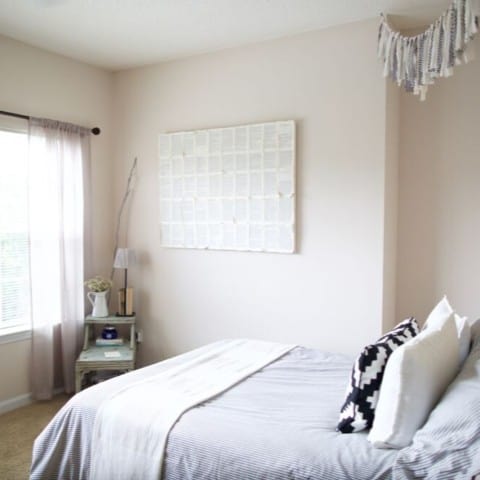 How To Deep Clean Your Bedroom

Mother of four Whitney Cornelison agreed. "Clutter absolutely affected my mood so we simplified our belongings. Taking a monthlong road trip showed us that we didn't really need all the things we thought we did. When we moved into our apartment, we downsized even more," she told Mom.com 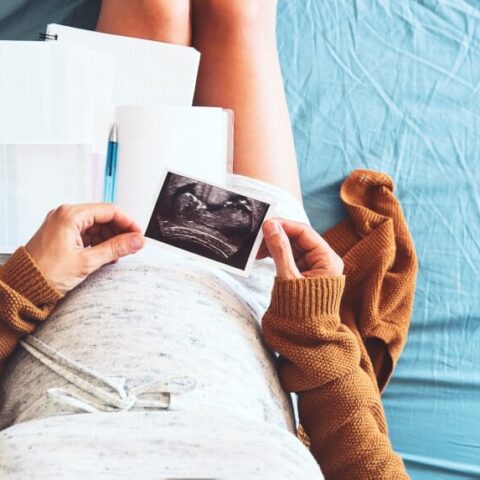 How Soon Do I Know If I'm Pregnant?

Any positive home test should be followed up with a doctor visit. “Once I was over the initial shock, I made an appointment at my OB-GYN,” said Whitney Cornelison to Mom.com. “I wasn't sure if the at-home test was accurate.” 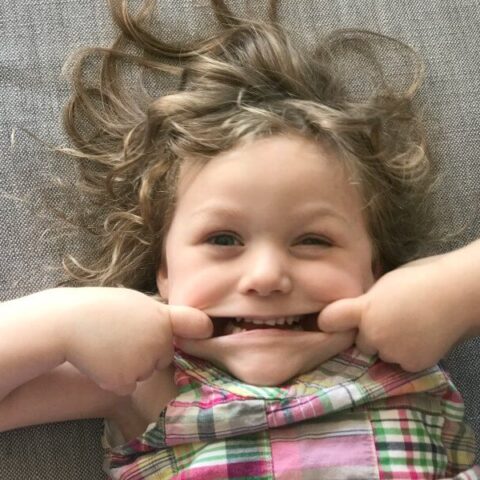 How To Safely Get Rid of Pink Eye in a Baby

Mom of four Whitney Cornelison seconds that idea. “Disinfect everything that could have been touched and will be touched. Don’t put your hands near your eyes and wash your hands,” she told Mom.com. 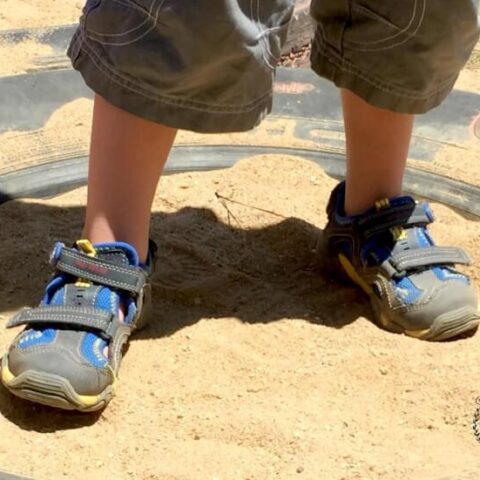 Is It Just a Tantrum or Something More Serious?

“Go with your gut,” said Whitney Cornelison, mom of four. “As moms, we know. We might be in denial, but deep down, we know that our child is different. We learn their triggers and subconsciously steer them away from certain activities. We know what helps calm them down and have those at the ready.”

Cornelison informed us that for years, doctors explained the behavior away as typical birth order behavior. She kept digging because she “knew there was something more so I found the answers myself.” Turns out, her child had childhood apraxia of speech. 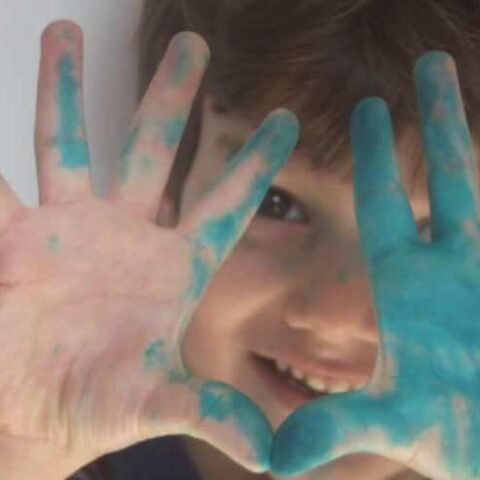 How To Find a Good Daycare

“I can never recommend enough talking with the teachers during your tour,” former daycare assistant director and mother of four Whitney Cornelison told Mom.com. “Ask to see the specific curriculum and look around the classroom to see evidence of the implementation.” She added, “It should go beyond a lesson plan stapled to a wall.” 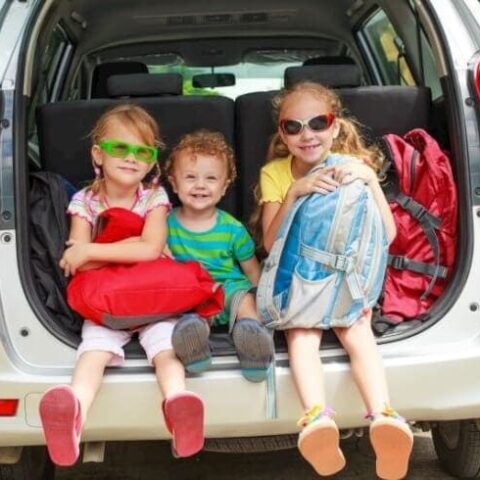 Holiday Travel: How To Pack for a Toddler

For starters, family and travel blogger Whitney Cornelison said she had her toddlers pack their own little backpack. “Inside was their blanket, favorite stuffed animal, two or three books, a couple of toys, and a few snacks,” the mom of four told Mom.com. “They felt involved by packing their own bag and having their favorite things with them helped take the anxiety of the unknown away.” 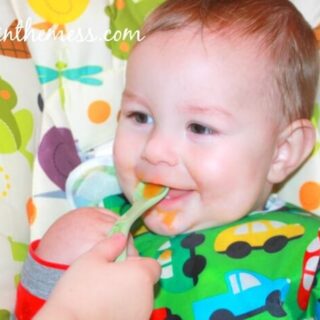 Do I Need To Be Concerned About My Toddler's Language Delays?

For Whitney Cornelison, another mom with four kids, doctors blamed her son’s speech delays on his talkative older sister and him being a boy. “When my oldest son was 18 months old, I knew in my gut that it was more than birth order. My pediatrician wouldn't recommend a speech pathologist, so I took matters into my own hands and found one,” she told Mom.com. “Even though I knew something was wrong, I sobbed when she gave me a diagnosis.”

Cornelison echoes the need for persistence. “It felt so final but it wasn't,” she said about her son’s diagnosis of childhood apraxia of speech. “Now he's thriving and I know it's because I was proactive in getting help early.” 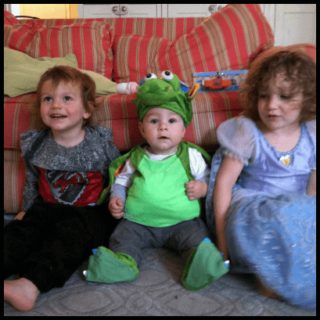 Toddler Behavior Problems and How to Deal With Them

Changing our perspective can also help. For mother of four Whitney Cornelison of Simplifying Family, it helped to remember her kids were having a hard time — not that they were giving her a hard time. “That mind shift ... allowed me to figure out how to help my toddler work through their emotions instead of it being a me-versus-them battle,” she told Mom.com. 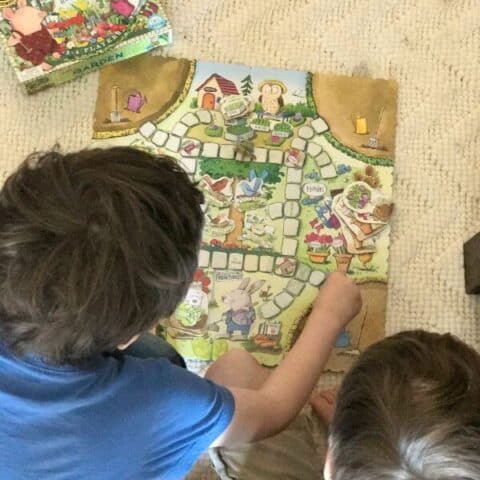 What Are the Best Games for 2-Year-Olds?

“Listening to music opened up a whole new world to my mostly nonverbal toddler,” a mom of four, Whitney Cornelison, told Mom.com. “While he would only say maybe five words, he sang and danced to the theme songs of his favorite shows and movies.” 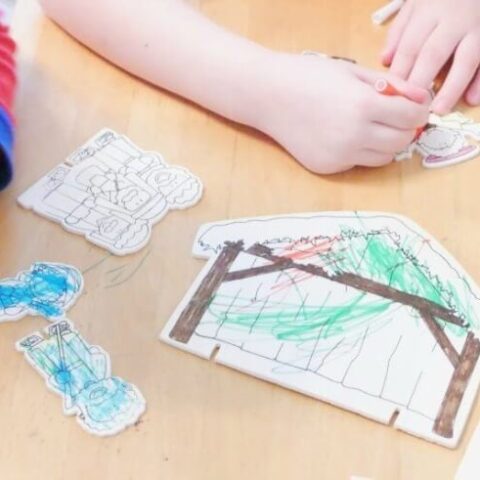 How to Get Pen, Marker, and Crayon Off of Furniture

“With four kids, they frequently try to express their creative side all over my furniture,” Whitney Cornelison of the lifestyle blog Simplifying Family told Mom.com. Her secret? “My cleaning arsenal includes Magic Erasers and my secret weapon — a spray bottle filled with one part white vinegar, one part Dawn dishwashing detergent, and hot water.” 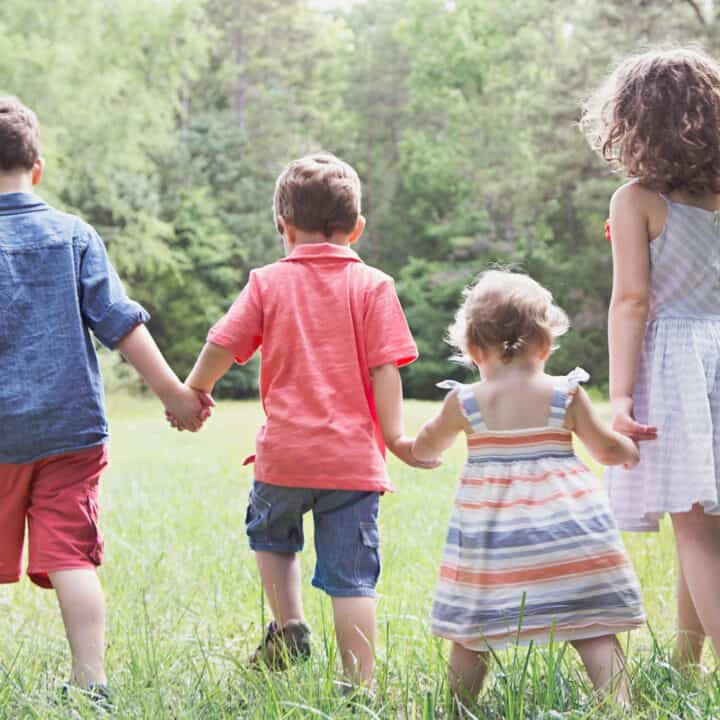 7 Safety Skills Every Child Should Know

As parents, we can take safety for granted sometimes. Here are seven safety skills every child should know.

3 Ways to Start the Day Off Right

Start the day off right. When you do, it will lead to a more productive day and makes the overwhelming parts of the day more manageable. 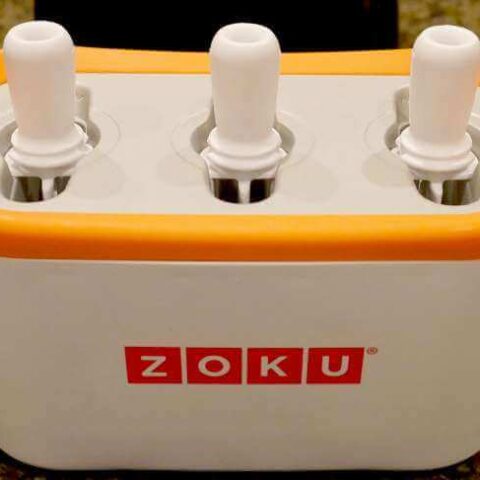 Veggies in a popsicle?! Really?!

I promise they aren’t as bad as they sound. While I am sure you think I have lost my mind, let me tell you that my kids gobbled these up and asked for more. They did! 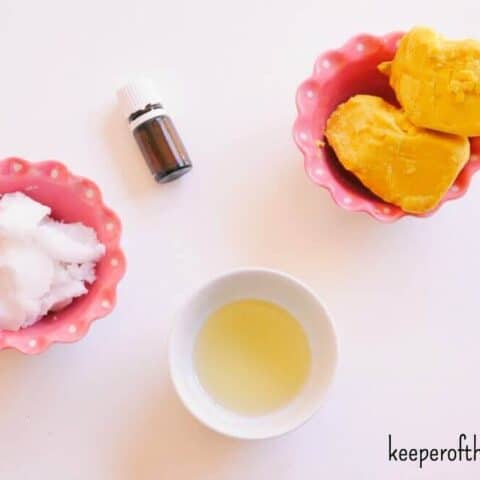 A chill is in the air.

While I love cooler weather, cold weather and I don’t get along. With four children who like to pass germs around, I wash my hands constantly.

Media Events In the News

Fox 31 Denver – Unique Ideas for Every Bunny in Your Life 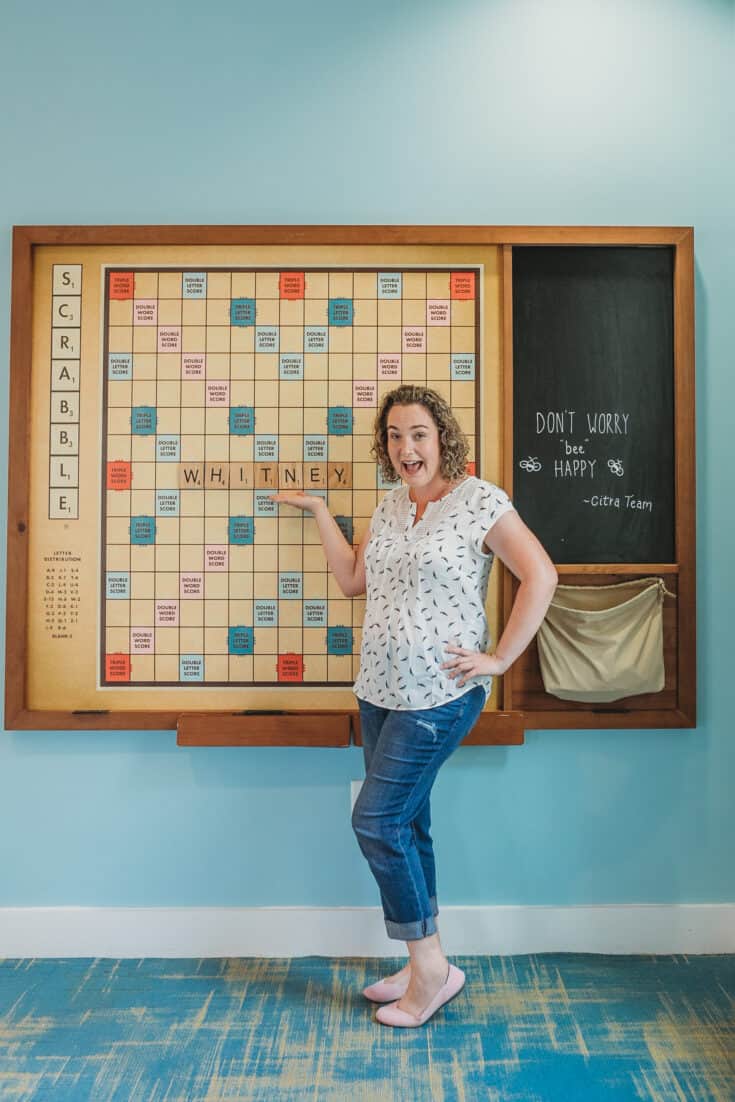 Simplifying Family is written for moms of infants, toddlers, preschoolers, and elementary-aged children. Those moms have a unique challenge of trying to stay organized while simultaneously trying to survive their season of life, keep everyone alive, make sure everyone has clean clothes to wear and feeding them daily.

That is no small task.

As an Influencer, Whitney promotes National brands, as well as locally-owned, family-friendly companies that are enriching the lives of her community. You can email her at whitney@simplifyingfamily.com.

Let’s Come Up with a Sponsored Package

I would love to chat about how you can work with Simplifying Family and come up with a Sponsored Package that would work best for both of us. Are you looking for a sponsored blog post? Instagram Story? Facebook Live? Hosted Event? Need an Influencer in Orlando, Florida? Email Whitney at whitney@simplifyingfamily.com.