Celebrating Christmas Around the World with Osmo in 5 Countries

Do you decorate your home with a Christmas tree around November and December? Do you buy gifts for others to place around the tree? Have you ever wondered why?

On December 25th, Christians tend to celebrate the birth of Jesus. But other cultures around the world celebrate different Christmas traditions, many taking place over a longer period of time, from the beginning of December to the beginning of January.

Did you know the 12 Days of Christmas don’t actually mean the 12 days before Christmas? The Wise Men weren’t at the nativity either.

Celebrating Christmas Around the World with Play Osmo

We were gifted the Osmo Detective Agency game set and were thrilled to incorporate it into our homeschooling day as we learn how different cultures celebrate Christmas around the world.

Detective Agency helps children use their deductive thinking and observation skills to help find missing pets and capture villainous thieves. They will travel to six famous cities, inspect hundreds of clues with the included magnifying glass, and learn about geography and landmarks around the world!

We’ve loved Osmo for awhile, especially Pizza Co and Coding with Awbie, and are so excited to partner with them to share our love with you!

Of course, this year’s celebrations look a little different. Maybe you’ll find a new Christmas tradition you can start too!

Christmas Around the World: Celebrating Christmas in China

Christmas is often only celebrated in major cities because the Christian population is less than one percent.

In the cities, there are Christmas trees, lights, and other Christmas decorations on the streets and in department stores.

Santa Claus is called ‘Shen Dan Lao Ren’ which means Old Christmas Man and has grottos in shops like in Europe and America.

Sometimes, postmen dress up as Santa when delivering letters before Christmas!

Merry Christmas is ‘Sheng Dan Kuai Le or 圣诞快乐’ in Mandarin and ‘Seng Dan Fai Lok or 聖誕快樂’ in Cantonese.

In Egypt, Christmas Day isn’t celebrated on the 25th December, but on 7th January.

For the 43 days before Christmas, from 25th November to 6th January, Coptic Orthodox Christians have a special fast where they basically eat a vegan diet. This is called The Holy Nativity Fast.

On Coptic Christmas Eve, Coptic Christians go to church for a special liturgy that starts about 10.30 pm. Many will gather with friends and family beforehand.

Santa is called Baba Noël, which means Father Christmas. Children hope that he will climb through a window and will leave some presents!

In Brazil, Santa Claus is called Papai Noel and Bom Velhinho (Good Old Man). Sometimes, children leave a sock near a window. If Papai Noel finds your sock, he’ll exchange it for a present!

Christmas meal is typically served around 10 pm on Christmas Eve and exactly at midnight, people greet each other, make a toast wishing everyone a Merry Christmas. Afterward, they exchange presents.

The lunch on Christmas day is also special. After lunch, people tend to go visit relatives and friends.

Epiphany, when people remember the Wise Men visiting Jesus, is also widely celebrated in Brazil. The 12 days of Christmas lead up to this day, January 6th.

Christmas Around the World: Christmas in France

Yule logs made out of cherry wood are an old tradition where the log was carried into the home on Christmas Eve and sprinkled with red wine to make the home smell nice as it was burning.

They call Father Christmas Père Noël and in some parts of France, Père Noël is accompanied by a man dressed in black called Le Pere Fouettard.

Epiphany is also celebrated in France on January 6th.

Did you know that in Australia, Christmas comes in the summer months?

Carols by Candlelight is held all over the country in the weeks leading up to Christmas.

Since 1956, Melbournians have lined up at Bourke Street Mall to see the magical Christmas window displays at Myer, a department store. The free exhibition brings to life a different story each year. Previous displays include The Twelve Days of Christmas, How the Grinch Stole Christmas, and A Christmas Carol.

Oftentimes, family and friends at the beach to celebrate Christmas!

Celebrating Christmas Around the World

I hope you have learned something new on our trip around the world to see how other cultures celebrate Christmas.

Definitely add the Osmo system to the Christmas List this year and let their imaginations soar as they learn through play.

Your children will thank you! 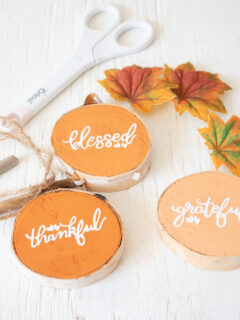 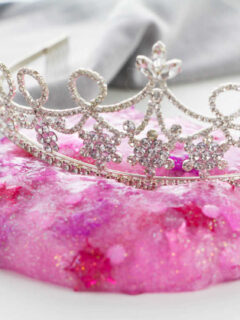