The Day the Towers Fell – Remembering 9-11 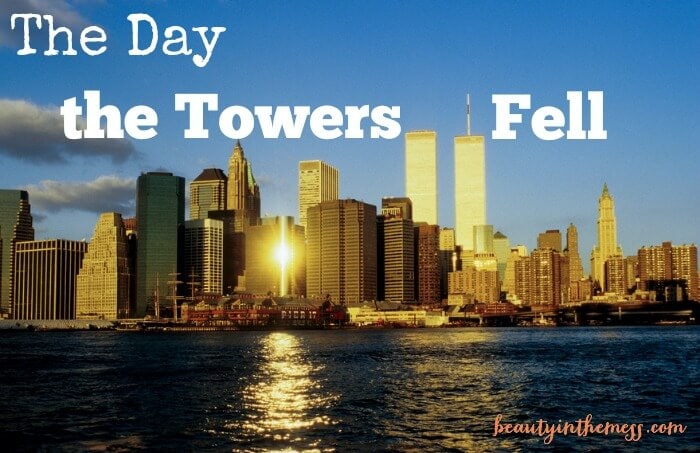 I woke up to my alarm clock.

Got dressed for work.

Drove to pick up my then fiancé to take him to work because we shared a car. He dropped me off at work that day. We made plans for after work and I walked into the building.

I took the stairs to my second floor cubicle. I turned to say good morning to my cubicle mate, but she wasn’t there.

It was a temporary job. Temp work as an Administrator Assistant for the Dress Department for a Nationwide Department Store Chain in Framingham, MA. I loved my job and my co-workers. Many times I wished that we were staying in MA after we got married so this temporary job could become permanent. It’s not every day you find a job that you love.

Earlier that year I had worked in their in-house daycare center as an Assistant Teacher in the Toddler Classroom. Not only had I gotten to know the children at the center, I had gotten to know the parents, and then worked with some of them in my new role as administrative assistant. I loved my job. It was a great big Family.

Everyone was congregating in the conference room down the hall and watching something on the big screen. They were horrified. The gasps and crying were enough to get my attention. But I sat glued to my desk. Not sure what to do. I heard things like: “Twin Towers”, “airplane”, “what in the world?”, “How could this happen?”, “What is going on?”, “Oh, God.”, and other words that I can not type.

As people slowly walked past my little space, I saw tear streamed cheeks. Ashen faces. Confused looks. Some people started walking away headed to their office spaces to process the horrific event they just witnessed. Others stood there watching. Hoping and praying that this was some kind of cruel practical joke. If they just watched long enough, everything would be okay. Then I heard screaming.

It had happened again.

I sat in shock.

I never left my desk.

The audible commentary was enough for me to know that the unspeakable had occurred. On US soil. This wasn’t a movie. This wasn’t a practical joke. This wasn’t happening across the ocean. This was happening 3 hours and 19 minutes away from where I was. Only 197 miles away.

I’m not sure how much time had passed. It felt like an eternity. The executives called everyone in the building to the lobby for a meeting. I wasn’t going to go. I was still new. But my co-worker insisted. We all crowded into in atrium. It was a sea of people. People huddled together. Whispers. A few tears. Silence as we waited to hear the announcement.

I don’t remember the exact words spoken over the loud-speaker. I searched for the person talking, but couldn’t find them in the crowd.

They confirmed it was a planned terrorist attack on the United States.

Then my world shattered.

They confirmed that several members of our company family were on one of the airplanes that crashed into the Twin Towers. They started naming the names of the employees. Women who started their day like every other. They had just left earlier that morning for a business trip to LA. A common business trip flight from Boston to LA. One they had probably taken many times.

I didn’t expect to know the names of the women. I was still new. They weren’t in my department. Same floor, but on the other side of the building.

I heard it as clear as day. They said her name. I knew her. Not as a co-worker, but as a Mommy. Her one year old daughter, the one with blonde curly hair and big personality, was in the toddler class I had taught in. Many times this mama and her son came into the daycare to pick her up. We had briefly spoken just a few days before in the break room. She was so sweet and had an infectious smile. Everyone who worked with her, loved her.

What had seemed surreal and at a distance all of a sudden hit me full force. My eyes started filling with tears until they overflowed. Uncontrollable sobbing followed as I thought about this little girl and boy who had just lost their Mommy. All I wanted to do was run to that classroom, scoop up that baby girl and just hold her. The course of her life had just changed in a manner of seconds.

We were dismissed from the gathering and somehow I made it back to my desk. My boss said we were free to go for the day. I called my fiancé and somehow in-between sobs managed to tell him he needed to come get me. People were leaving. I needed to leave.

Downstairs I saw the driver who had taken the women to the airport. I saw co-workers hugging, supporting, and crying with each other. It was a controlled chaos. People were walking around aimlessly. We just needed each other.

Maybe for some, 9/11 stopped on that day, or that week. It was life altering, but soon every day life resumed and everything was back to normal. Not for me. Every day I went to work was a reminder. I learned that the fashion industry is one big family. There were so many companies who wanted to do something to show their condolences for the lives lost. Almost everyday companies provided lunch for us. People wanted to do something. Anything. So they reached out. There were flowers on the desks of those co-workers. I tried to work, but most of the people we worked with weren’t back to the office yet since their offices were in NYC. Life was at a standstill for the rest of the month.

Although not much work would take place, we would come to work for some sense of normalcy. I sat through the memorial service held for our co-workers. Such beautiful women. Some had tried to call their families one last time before their lives were lost to tell them that they loved them. One was a mama who had just returned to work off maternity leave. I cried so many tears for those babies who lost their mamas, for the older children who woke up to find that they would never see their Mom again, and for the families who lost so much in an instant.

It still breaks my heart.

And it reminds me that I need to make every moment count because I have no idea when my last one will come. Today I will hug my children closer and make sure they know just how much I love them. 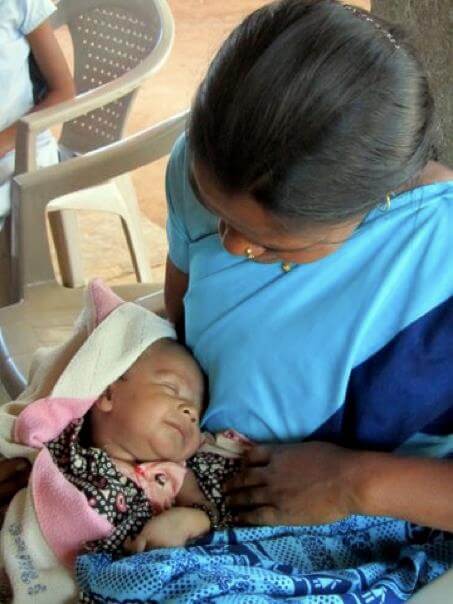 I was working for the NY Medical College and just a few days before had gone to see a recruiter at an agency in one of the towers. The NY medical college had put us on alert for incoming injured as we were across the way by helicopter I believe. I remained there to help prepare. I don't recall when but at some point we received a call to say, we don't think there will be many survivors. I couldn't bare to go home and was trying to reach my friends that worked in the towers and right nearby. That day we lost a high school friend who was just 25 at the time. Smart and sweet. The pain and losses continue from that day. Military friends who served our country because of that day, emergency responders who have become ill from all the toxic fumes, neighbors, friends, loved ones. Thank you for helping to remind folks about why we need to continue to remember. Thank you for sharing your story and voice.

Thank you for posting this tribute. I shared it on my Facebook page.

I'm not saying your story is the same as my story or anyone else's for that matter... but I sooo related because I think everyone knew someone who was directly or indirectly affected that day. And as the day unfolded the horror just seemed to continue... I'm blathering... but happy you shared this story. :)

I didn't know anyone personally affected in the tragedies, but I know they have changed my life forever. I'm glad that it was a day my children didn't have to live through, but I'm also sad that they have to live in a world full of "because of what happened on 9/11"

I remember it vividly. We lived in Connecticut and had many friends that commuted to the city every day. I had just dropped my girls off at daycare (we had been listening to a Wiggles CD in the car so I had no clue what was going on). I stopped into a gas station to fill up my car and grab a soda on my way to work. When the clerk told me a plane had hit the WTC, I thought she was joking. But she had the TV on behind her and I looked up to see the billowing smoke.

Our office closed too, because some idiot called in a bomb threat. I went and picked up my kids at daycare, hugged them so very tightly and went home, keeping the TV off so they wouldn't see the news.