Peach Streusel Muffins is one of my favorite breakfast recipes ever! I could pretty much have them for breakfast every single day and not get bored. Mainly because they are really delicious and also because they are jam packed with flavor and are incredibly filling. 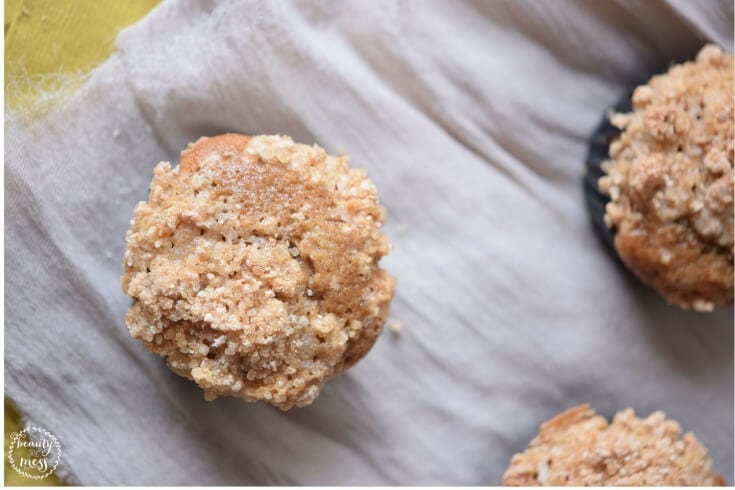 This is one of those muffins that really fills you up. I used to stay away from muffins before because I found that I got hungry 5 seconds after eating them, but that doesn’t happen at all with these Peach Streusel Muffins. 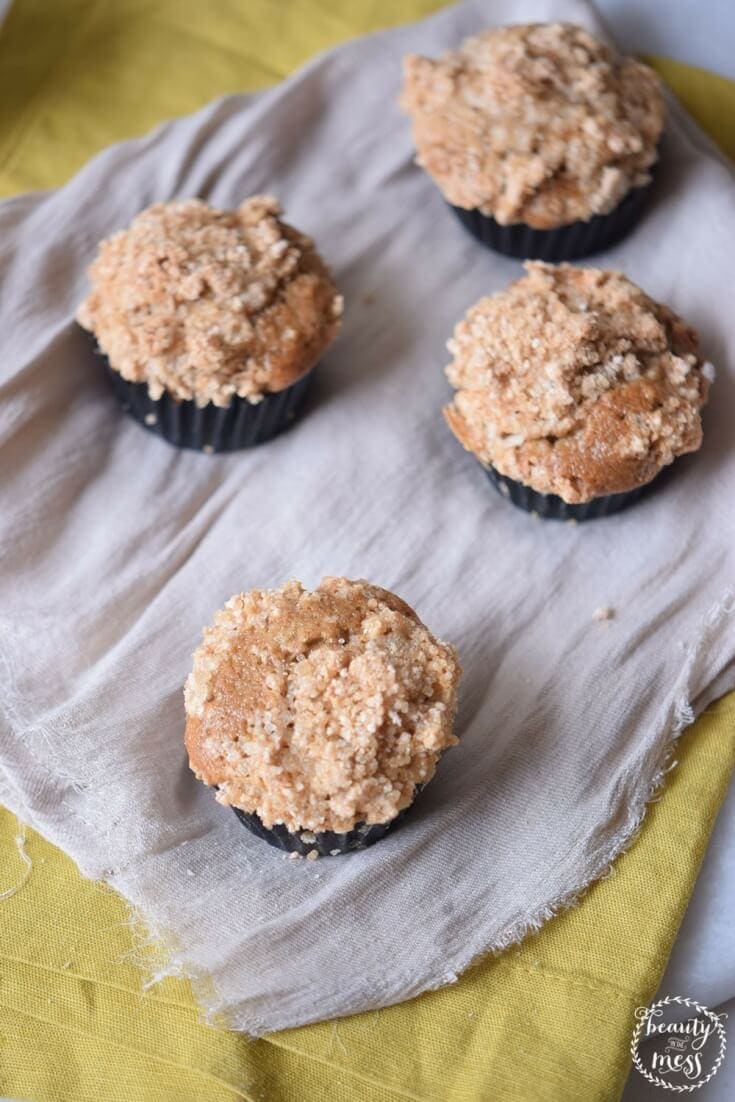 The reason why they are so filling is that the recipe is made using ingredients that are packed with protein and are good for you. It has almond flour, almond milk, raw honey, peach puree, coconut oil, and eggs + a bit of cinnamon and some baking soda. 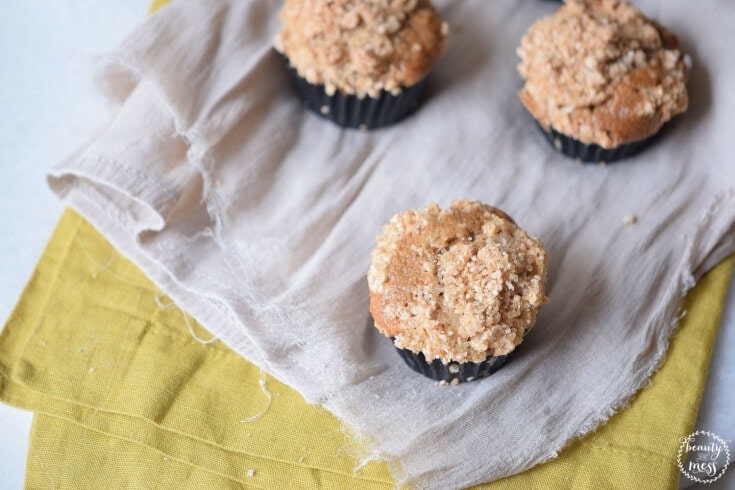 Making the peach puree is something super easy and doesn’t require a recipe. Just steam a diced peach and then take to your food processor and pulse until you have an applesauce-like texture. With the steam and all, it took around 15 minutes from start to finish. I sometimes like to make a big batch of it and can it for later since it’s delicious in baked goods, pancakes, and even as a spread (kind of like an all natural sugar-free preserve). 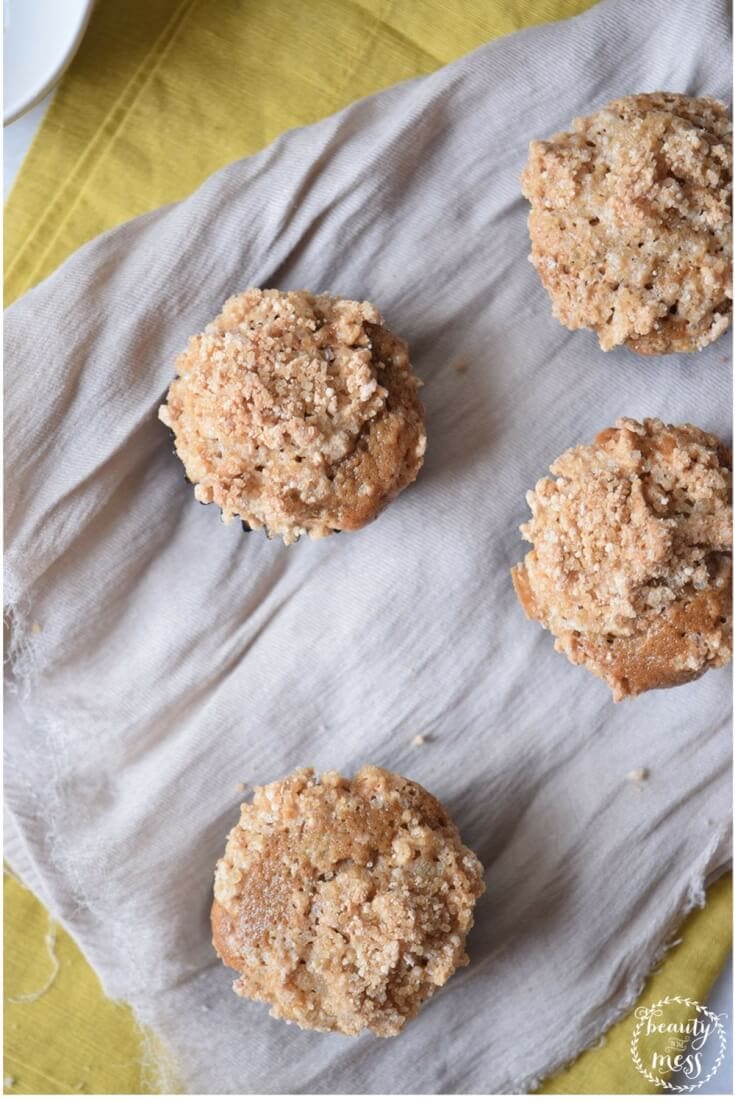 I also make a light streusel to add an extra layer of flavor + some crunchiness. The streusel is not the typical recipe you find, and it’s not as bumpy as the ones bakeries serve but is even more delicious! 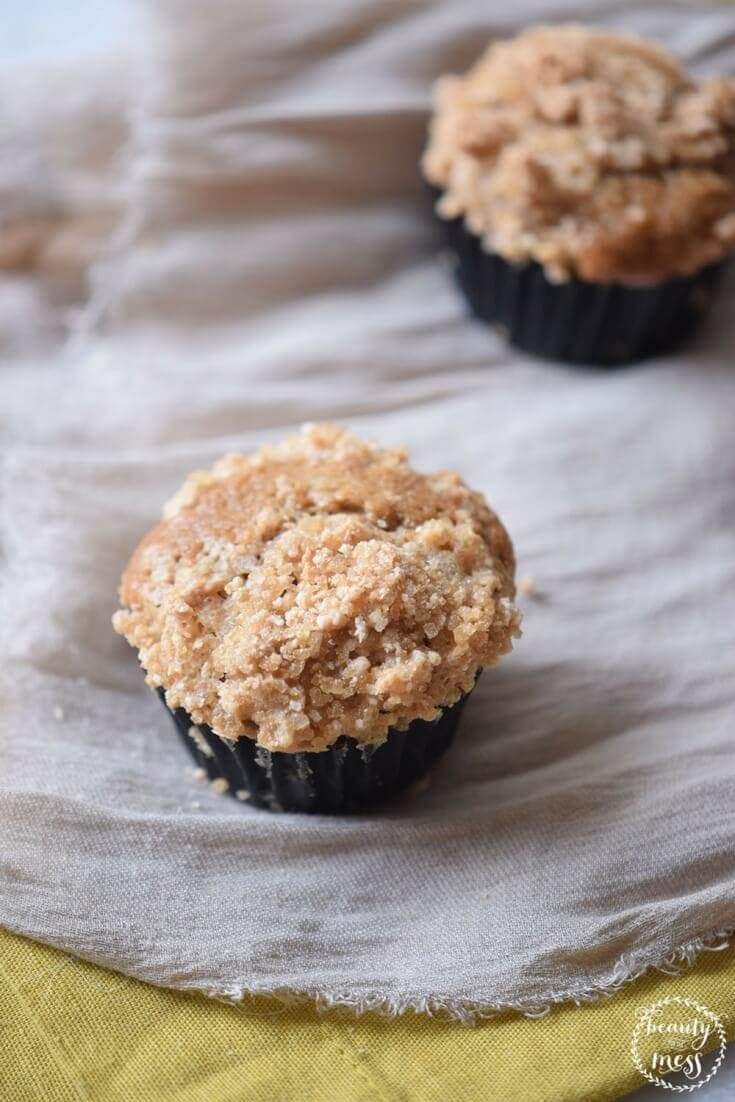 Bake them and serve them warm or take them with you when you have to eat a good breakfast on the go, because since they are so flavorful you don’t need any additional topping or spread. Ok, maybe a bit more of peach puree but just because it’s delicious. 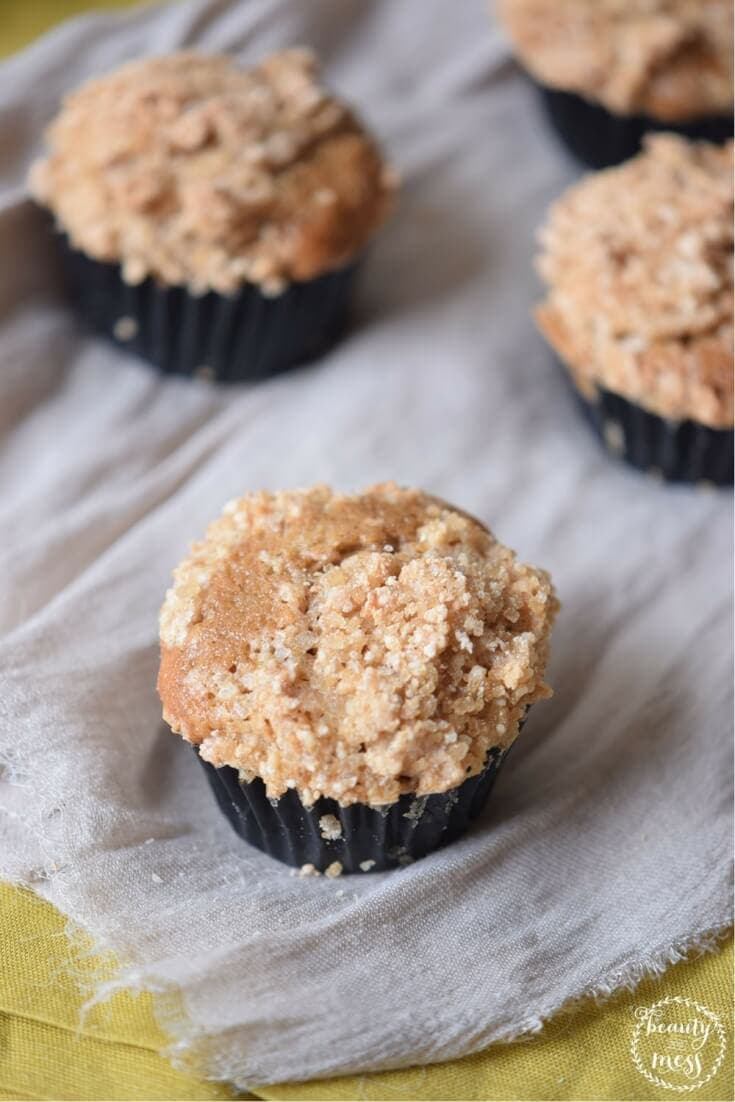 Use an electric mixer to combine the almond milk, coconut oil, honey, peach, cinnamon, and eggs.

Mix until the ingredients are evenly combined.

For the topping, combine with the hands the cinnamon, coconut oil, and almond flour. Mix until crumbly.

Pour the muffin batter halfway the cup and complete with the crumbs.

Remove from the oven, serve, and enjoy.

These look delicious. I want to try these.

Oh wow, these muffins sound amazing!! I have never had a peach one before, it truly sound incredible especially with the streusel topping! :) I can't wait to make some, thanks for sharing!

They sound good but are they dry? That seems to happen to me often.