Is staying on your Weight Watchers Plan at Walt Disney World really possible? If you’re planning your Disney vacation and worried, here are tips to stay on plan!

If you are on the Weight Watchers (WW) plan and you have a Walt Disney World vacation coming up, there is no need to be anxious. This intro to following WW at Disney parks will help you steer clear of some bad ideas and let you know about healthier options.

One thing about all of the changes to Disney World in recent years is that there are way more healthy food offerings then there used to be. Vacationing on a diet was once a losing battle.

Most people would just take a break and say vacations don’t count. Luckily, this approach is no longer the only way. You have options now at Disney and you can eat healthily and continue to lose weight.

Here’s a WW calculator if you need to take a look.

First of all, the churros are not a good idea.

Also bad are the enormous funnel cakes and kitchen sink sundaes and all that other stuff.

But “all that other stuff” is a relatively small portion of the dining that is available in the parks.

Fruit and vegetables are ZeroPoint Items, so they make ideal snacks.

Here are some examples of ZeroPoint foods you can find in the parks.

Fruit stands in Disney World are ubiquitous. People don’t really talk about them, but they are never too far away.

In Epcot, you can buy fruit at The Land Cart on the walkway between the Land Pavilion and the Imagination Pavilion.

Sunshine Seasons inside the pavilion is also a very good quick service location in Epcot for healthy food items.

There are plenty of good menu items at a lot of the quick service restaurants that aren’t burgers and hotdogs.

Hollywood Studios has a fruit market by Fairfax Fair. This is on Sunset Blvd as you go toward the Tower of Terror.

On the topic of better for you counter-service foods, I can recommend the ABC Commissary on Commissary Lane. They offer salmon and chicken dishes with side salads and veggies.

This park is known for its carrot cake cookie, funnel cake, footlong hot dogs, and ice cream, so steer clear of those places.

Disney’s Animal Kingdom is not without its theme park fast food shenanigans, but it is also an excellent park for some WW at Disney.

First of all the fruit market at Harambe will have the whole fruits and vegetables you need, but there are also restaurants within Animal Kingdom park with a focus on a healthy diet, such as Satu’li Canteen in Pandora.

While fruits and veggies are good for you, they are not cheap in the parks. These are ZeroPoint snacks and you will want to have a lot of them.

If you want to save money on the cost of your healthy snacks and water to stay hydrated, you can order groceries and have them delivered to your hotel via apps for local stores.

You are allowed to bring food and non-alcoholic drink into the parks. No glass containers though.

Turkey Legs are not recommended for WW at Disney World, and oddly enough, neither is popcorn. The official popcorn at Disney World is Pop Secret which WW does not endorse.

It may go without saying but those giant Mickey Shaped Pretzels are out, too.

You may wish to partake in an indulgence now and then, but my recommendation is to save that for a table service experience where you are able to enjoy it more, versus just standing and eating.

If you are at a quick-service restaurant with poor menu options, consider ordering a Disney Check Kids Meal. Most counter service menus are diverse enough that you can still do WW at Disney, but it’s a good fallback if you are in a bind.

Buffets are awesome because you decide what goes on your plate and you can load up on as many ZeroPoints and SmartPoints items as you can find.

Table service restaurants are also awesome because they are very accommodating. Most have at least some WW compatible menu items, but you can make special requests and it is not a big deal.

A good rule is to just make a quick note about it when you make your reservation. It’s not necessary, but it allows for better service and ultimately a better meal experience for you. 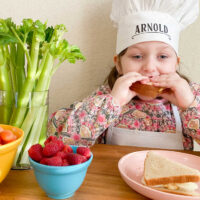 Previous
Make Delicious Memories with Family in the Kitchen 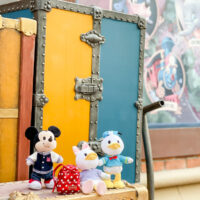