Godmothered on Disney+ Love It or Leave It?

Godmothered comes to Disney+ on December 4th. It’s an enchanting story about fairy godmothers and a certain fairy godmother in training, but is it family-friendly? Let’s find out!

I was given early access to review Godmothered a Disney+ Original Movie. All opinions are my own.

Once upon a time in The Motherland, lived a fairy godmother in training named Eleanor.

Have you ever wanted something so badly that you would do anything to make that come to fruition?

Faced with the stark reality that the fairy godmothers will be forced into another line of work, she desperately searches the archives for one small glimmer of hope to show the world that people still need fairy godmothers.

Eleanor finds that hope in a mislaid letter from a little 10-year-old girl, who desperately needs a fairy godmother, named Mackenzie Walsh who lives in Massachusetts.

Eleanor is so excited she can hardly contain herself.

In a dramatic turn of events, Eleanor realizes that Mackenzie is no longer a 10-year-old little girl, but a 40-year-old single mom working at a news station in Boston.

Mackenzie has all but given up on the idea of “Happily Ever After,” after having lost her husband several years earlier, but Eleanor is bound and determined to give Mackenzie a happiness makeover.

Whether she likes it or not.

Godmothered is directed by Sharon Maguire, who you might remember from Bridget Jones’s Diary, Bridget Jones’s Baby, and produced by Justin Springer, from Dumbo, and TRON: Legacy.

Jillian Bell plays Eleanor flawlessly. She’s hilarious and all the right ways as she tries to give Mackenzie Walsh, played by Isla Fisher, a happiness makeover.

Jane Curtin stole the show as Moira, the headmistress of The Motherland as she went over The Formula AGAIN.

Mary Elizabeth Ellis made me wish Paula Walsh was my sister, while Jillian Shea Spaeder and Willa Skye who played Jane Walsh, and Mia Walsh were amazing.

Honestly, it’s going to depend on your family.

While there is no graphic violence, are a few times when characters get hurt to draw a laugh from the audience but nothing serious.

Things are blown up in the Disney+ original movie, but those are mostly inanimate objects as Eleanor learns how to use her wand.

There is a scene where she looks at a cat and says, “Please don’t blow up.” No animals were harmed in the making of this film.

There was drinking in the Disney+ Original Movie. Characters went to a bar after work and had drinks. Eleanor asks what the magical elixir is they are drinking and she is told it is light beer.

In the same scene, the fairy godmother in training is seen slightly tipsy after drinking what she is told is a Lemondrop.

Eleanor also tells Mackenzie that she will never find her happily ever after drinking wine in her sweatpants.

No curse words were included in Godmothered on Disney+ but be aware Elenor does say “Mother of Fudge” and “Son of a Butterscotch.”

If you have children who repeat things they hear, then you might want to consider that.

While no one dies during the movie, Mackenzie’s husband is referenced and it is said that he died.

If grief is raw, it’s something to consider.

The end is rich with so many life lesson gems.

A few of my favorite quotes were:

“You don’t need a spell because you are already magical”

“Forget the ever after, just live happily.”

I can’t say more because I don’t want to ruin it for you! But be prepared with tissues when they sing Rise Up (Joy to the World).

Godmothered is the perfect blend of magical and real life.

While some will consider it family-friendly, that will depend on your family dynamic.

What do you think? Will you watch it for family movie night or after the kids go to bed? 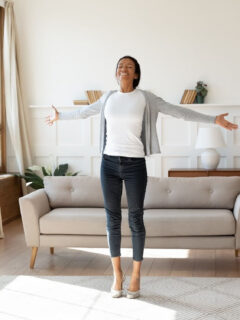 Previous
My Morning Routine: 8 Things To Do Before 8 AM For A Productive Day 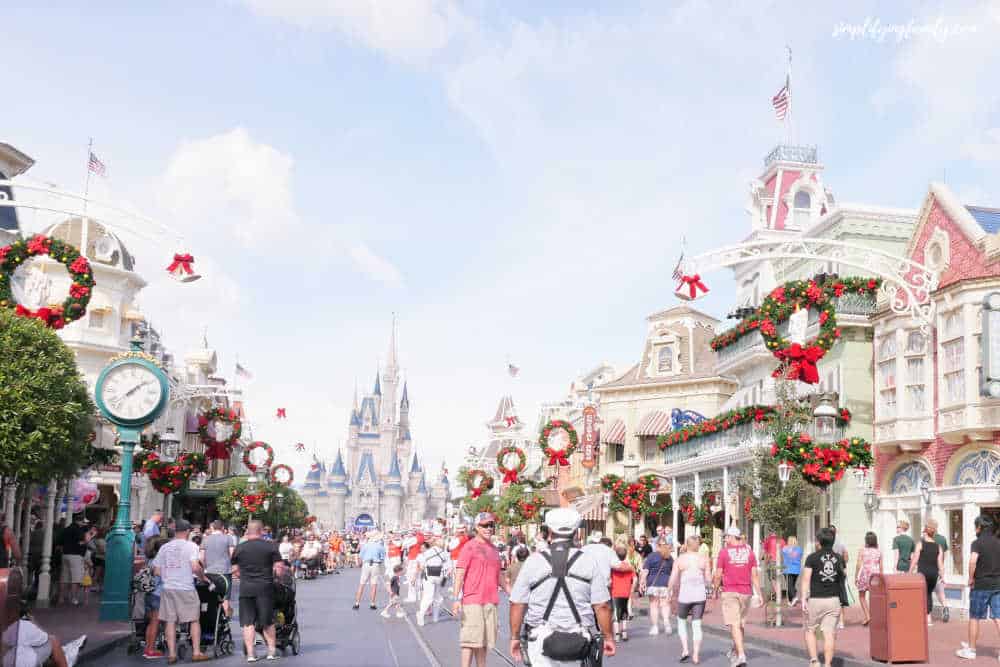