Join my newsletter list to be the first to hear our latest news! Learn More
You are here: Home / Simple Disney / Dream Big, Princess: Live Your Story

For every girl that dreams big, there is a Princess to show her the way and live your story.

If you’ve watched Disney Channel or Disney Junior for any amount of time, you have seen “Dream Big, Princess” videos. In true Disney fashion, they are heartwarming, inspiring, and will reduce you to tears in mere seconds. As you can see, Disney is so much more than Walt Disney World Resort and dream vacations. They are a part of initiatives that change lives.

Recently, I was invited to an event at Disney Springs where we were treated like Princesses and learned more about Disney’s “Dream Big Princess” campaign. I’m excited to share what we learned. 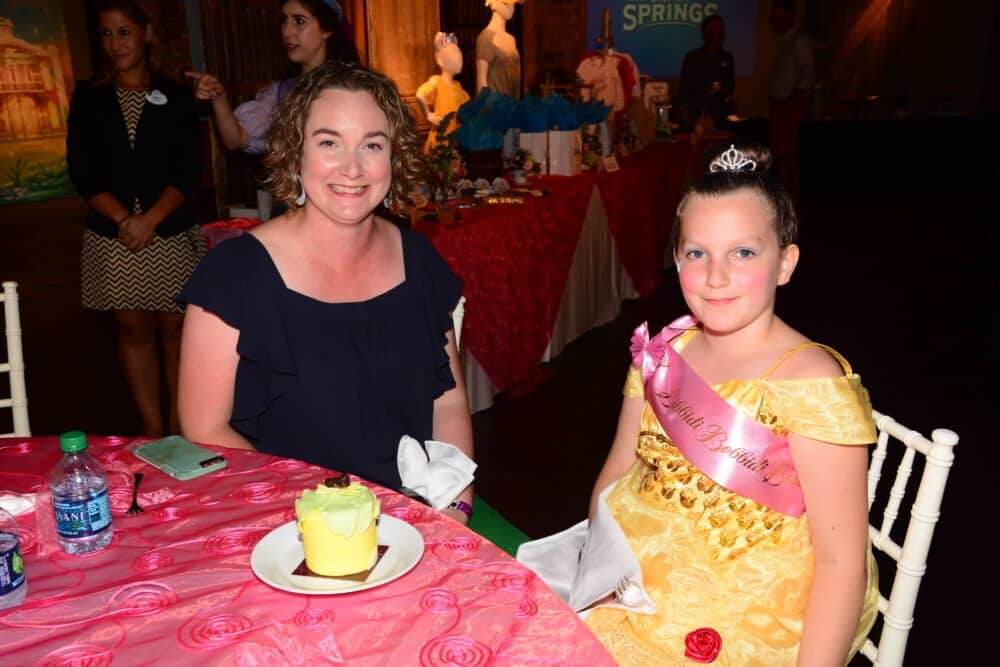 From the beginning, Disney’s “Dream Big, Princess” campaign has been empowering young women all over the world by providing them with strong role models, both animated and in the real world. Princesses are not simply damsels in distress wearing fancy dresses in need of someone to save them. They are strong, brave, tenacious, wise, full of life, ready for adventure, and so much more.

By following these role models, our girls can learn to dream big, knowing that anything is possible. 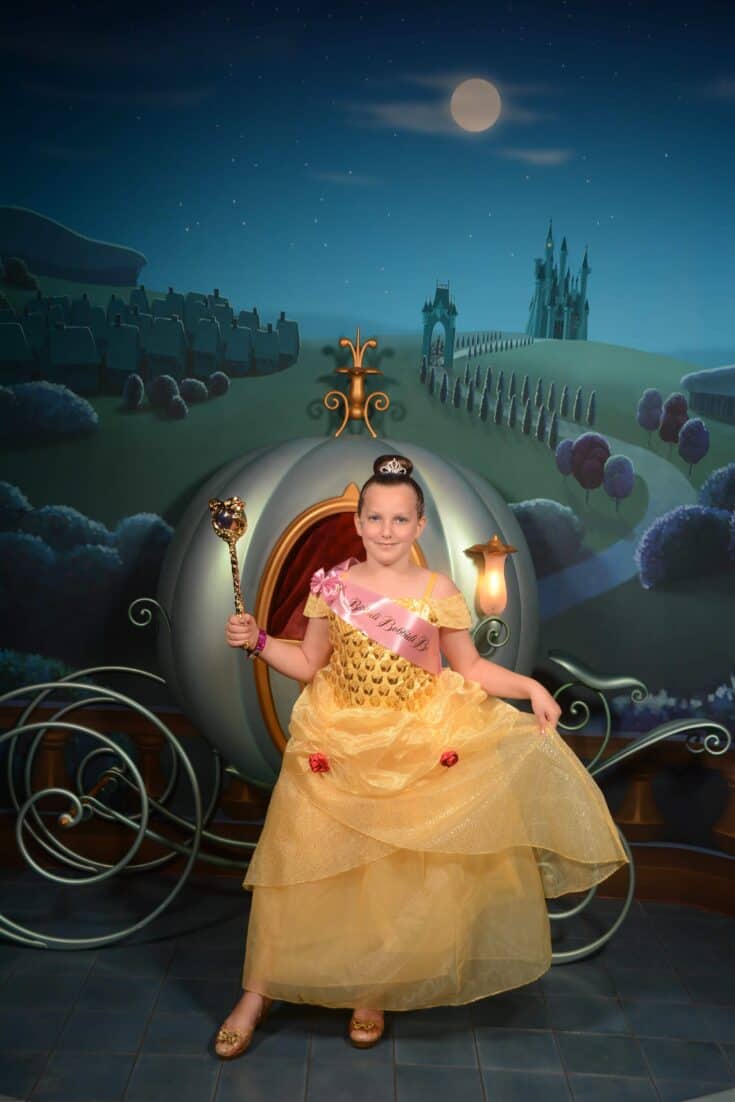 As an entrepreneur, Disney’s “Dream Big, Princess” resonates with me. I want my girls to see me dreaming big and living my story. Of course, there are ups and downs, but I want them to see those moments, watch me overcome the obstacles, and continue living my story.

Even when it doesn’t make sense. 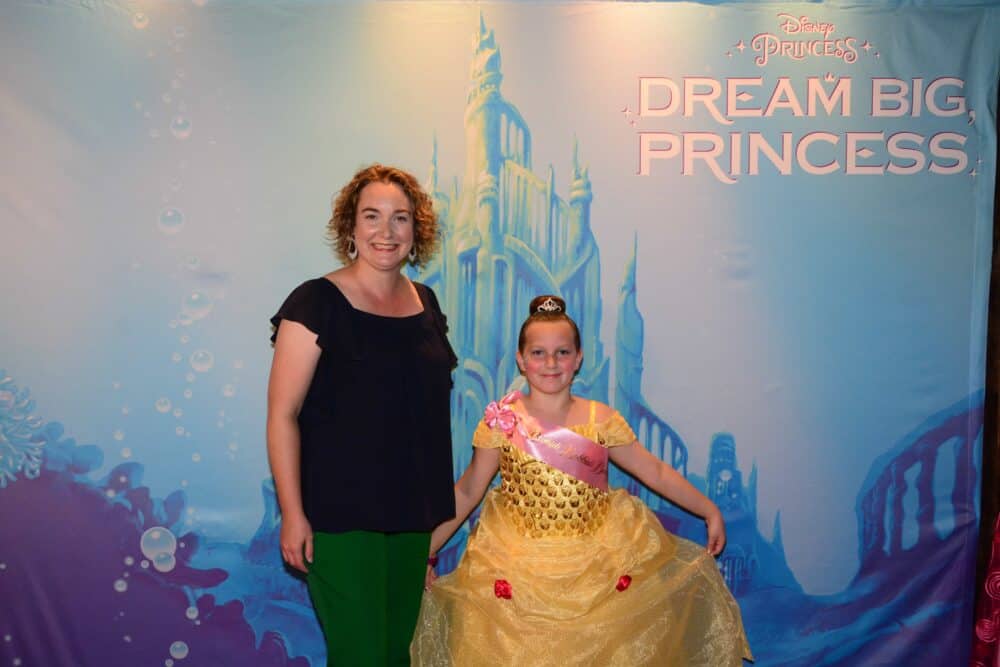 But sometimes it has to go beyond Mom.

Which is one reason I’m excited about the video project that launches in October.

On Wednesday, October 10th, Disney will release stories of real-life Princesses who are changing the world. 21 girls and women from 13 different countries will share 20 short films about real-world women who inspire them. The filmmakers will tell the stories of real women working in various industries, including entertainment, sports, government, science, and philanthropy. Including, Disney CCO Jennifer Lee, who won the 2014 animated feature Oscar for “Frozen.”

“Using the journeys of characters like Anna, Elsa, and Moana to inspire kids to dream big is at the very heart of what all of us at Disney do,” Lee said. “The #DreamBigPrincess series is the perfect extension of that vision, providing a powerful platform for the next generation of aspiring filmmakers to create content about the women who have inspired them.”

From October 10th – November 20th, for each like and share of the projects on social media platforms with the hashtag #DreamBigPrincess, Disney will donate $1 to the United Nations “Girl Up” Foundation. Up to $1 Million!

Last year, that goal was reached in five days!

What Is Girl Up?

While you’ve heard of Disney, the United Nations “Girl Up” Foundation might not be as familiar.

Girl Up is a global leadership development initiative, positioning girls to be leaders in the movement for gender equality.

Girl Up has trained 40,000 girls, of all backgrounds, to create tangible change for girls everywhere. Girl Up provides leadership training and gives girls tools to become gender equality advocates and activists.

Through Girl Up programs, girls broaden their social impact skill set, receive a platform to tell their stories, and apply STEM for social good.

Their girl leaders create real policy change at local and national levels. They raise millions of dollars to support United Nations programs that reach tens of thousands of girls around the world and build community-based movements. 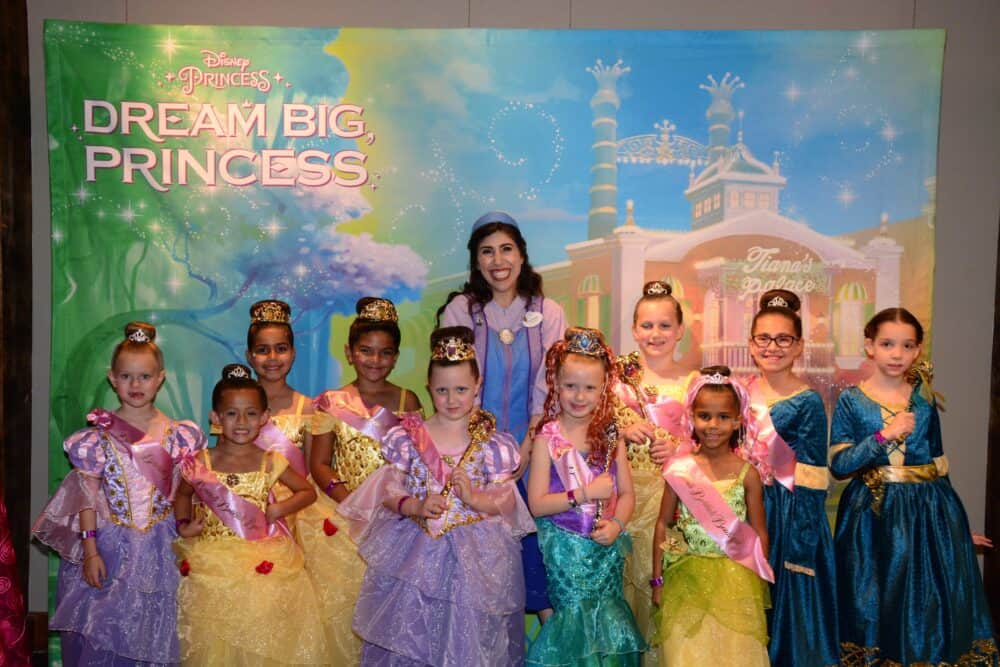 As part of Disney’s Dream Big, Princess initiative, Disney has partnered with AMC Theaters so you can see some of your favorite princesses from September 14th – October 18th. Come to see Belle, Tiana, Rapunzel, Moana, and Cinderella, back on the big screen.

As part of our experience, we were invited to see The Princess and the Frog at AMC in Disney Springs. This was extra special as it was the first movie my oldest saw in a theater when she was little. Of course, she doesn’t remember, but I do. 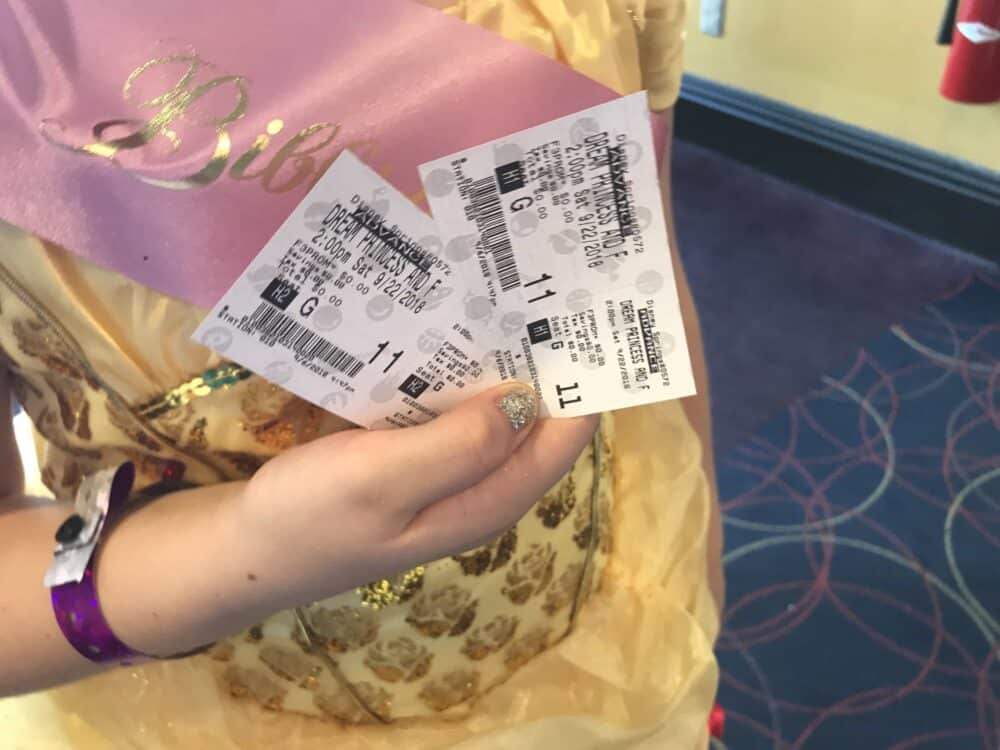 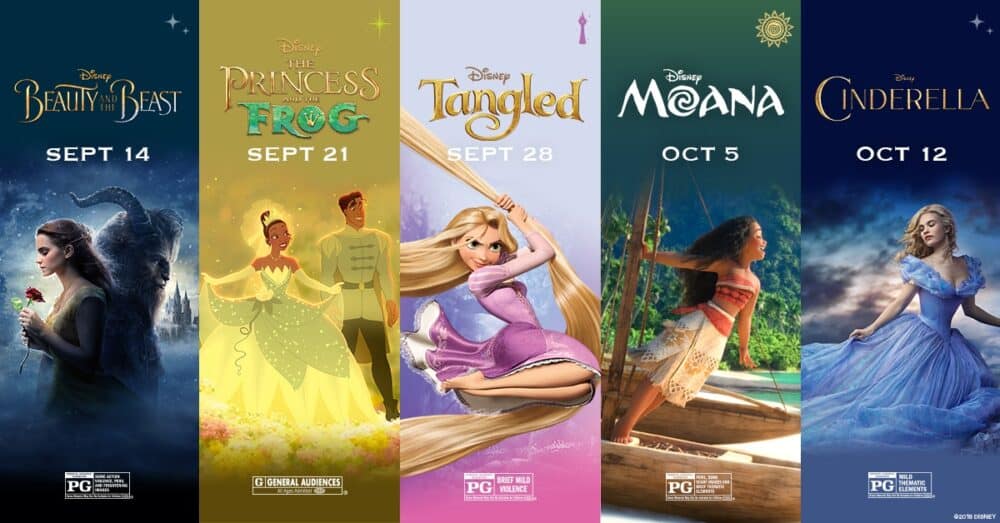 For every girl that dreams big, there is a Princess to show her the way. Live your story. 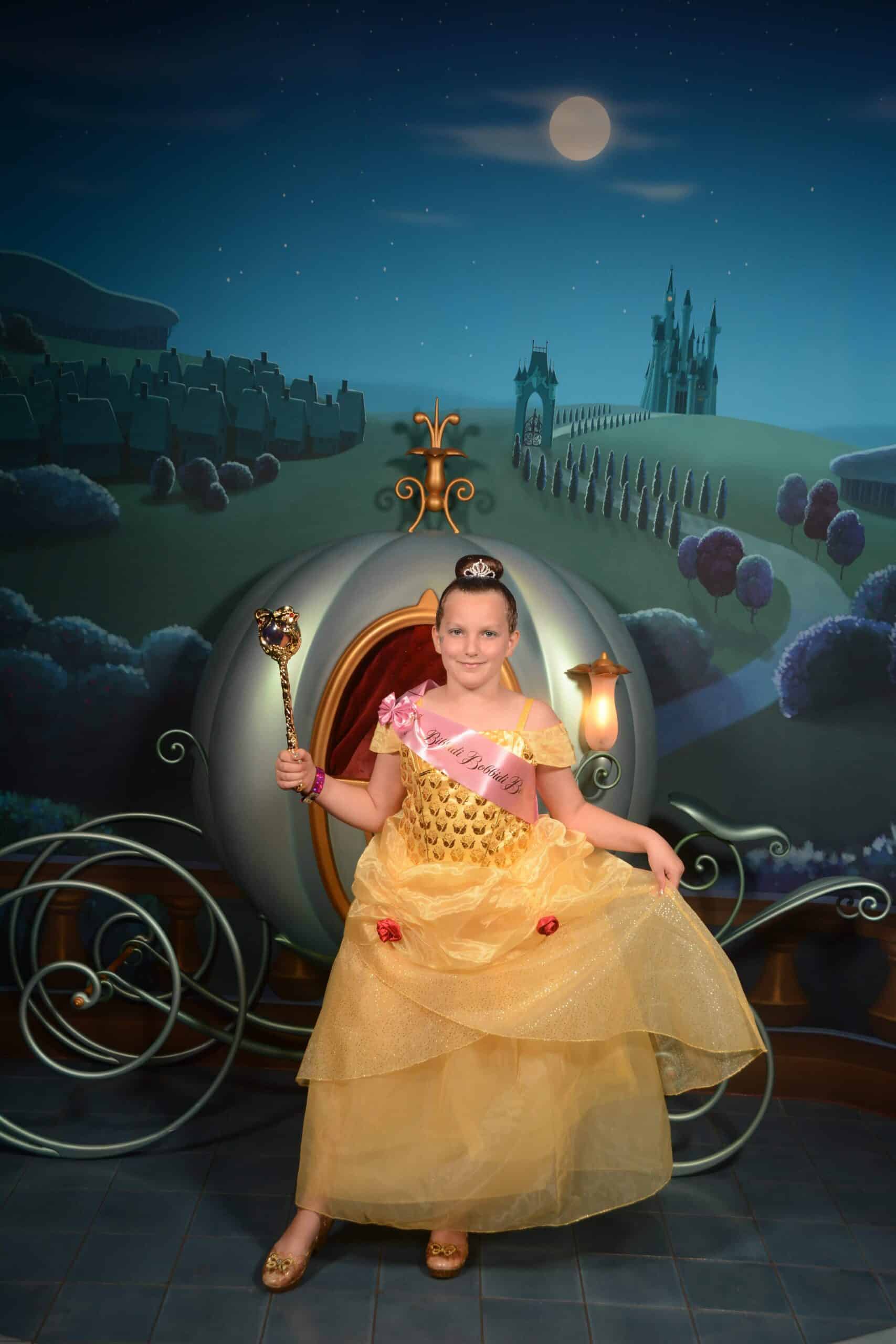