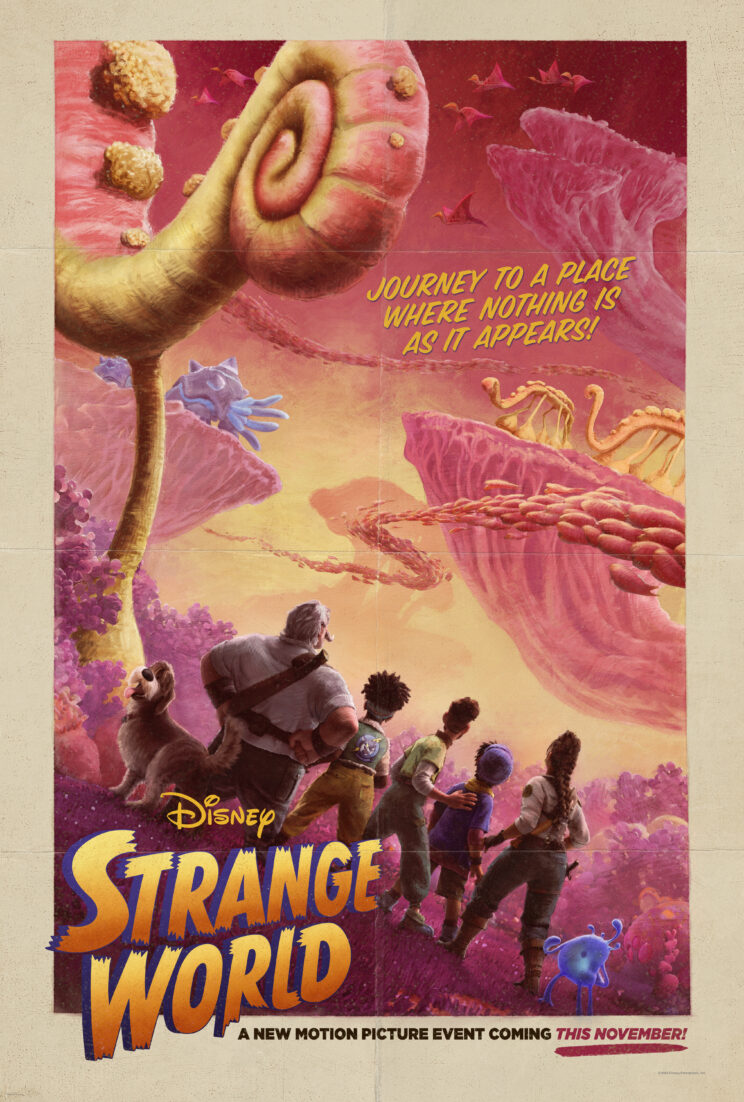 Move over, Disney princesses. There’s a new group of characters in town, and they look a little bit strange. Walt Disney Animation Studios has just released the trailer for its upcoming film ‘Strange World,’ and it looks like viewers are in for an eerie experience. With its imaginative fun visuals, weird creatures, and an action-packed plot, this movie is sure to give viewers sci-fi flashbacks. Check out the trailer now to see for yourself!

Disney’s team has outdone themselves with the stunning visuals and imaginative creatures on display in this trailer, and I can’t wait to see the film when it comes out.

Filmmaker Don Hall said the movie is a nod to pulp magazines, popular fiction from the first half of the 20th century that was printed on inexpensive wood pulp paper.

“I loved reading the old issues of pulps growing up,” Strange World director Don Hall (Big Hero 6) told Variety. “They were big adventures in which a group of explorers might discover a hidden world or ancient creatures. They’ve been a huge inspiration for ‘Strange World.'”

The full cast list has not been released as of yet but Walt Disney Animation Studios has confirmed that Jake Gyllenhaal (“The Guilty,” “Spider-Man: Far from Home”) lends his voice to Searcher Clade, the son of a steadfast explorer.

IMDb also lists Alan Tudyk as a voice actor in the film.

The original action-adventure journeys deep into an uncharted and treacherous land where fantastical creatures await the legendary Clades, a family of explorers whose differences threaten to topple their latest—and by far— most crucial mission.

“Strange World” is currently set to premiere in theaters on November 23, 2022.