Whether you are a mega-fan, a fair-weather fan, or have only seen one movie, you don’t want to miss visiting Batuu and these must-do experiences inside Star Wars: Galaxy’s Edge. While this new land has already received negative press and it’s not even complete, don’t believe everything you read. Come experience it for yourself! 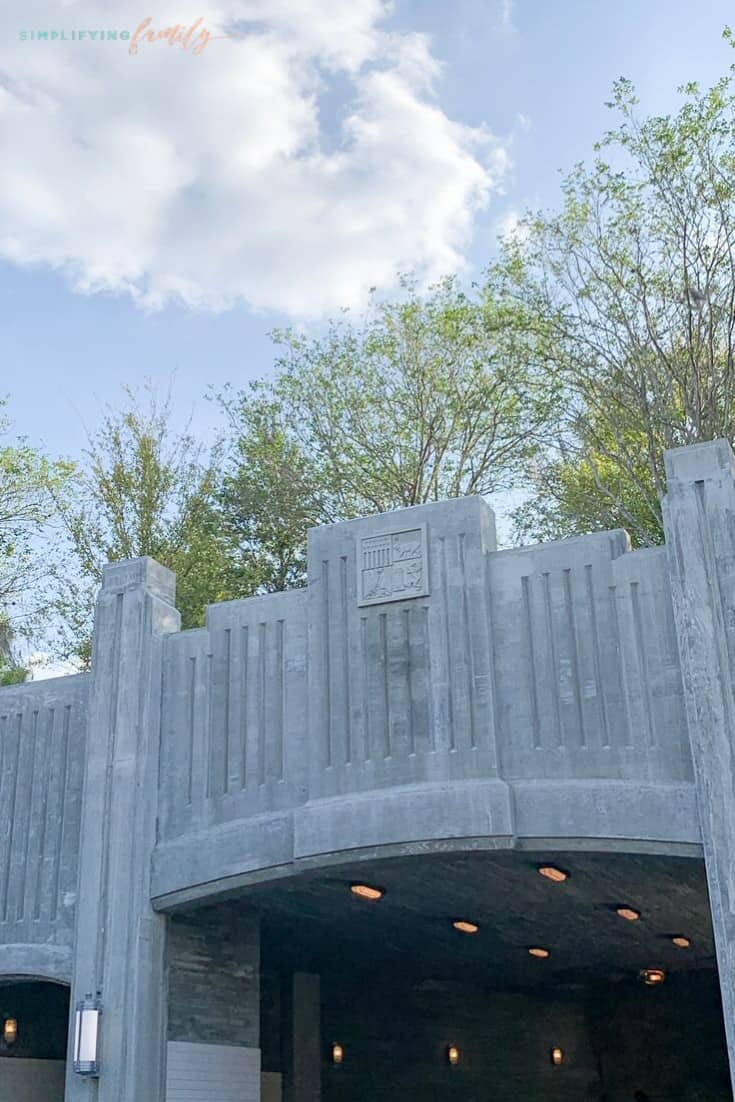 1. Fly the “Fastest Hunk of Junk in the Galaxy” in Millennium Falcon: Smugglers Run

The Millennium Falcon is a Star Wars icon, and Star Wars: Galaxy’s Edge makes dreams come true for guests who’ve wished to step aboard the “fastest hunk of junk in the galaxy.” In Millennium Falcon: Smugglers Run, they strap into the Falcon cockpit and take the controls as pilots, gunners or flight engineers on a mission to deliver smuggled goods while avoiding any … unnecessary entanglements. 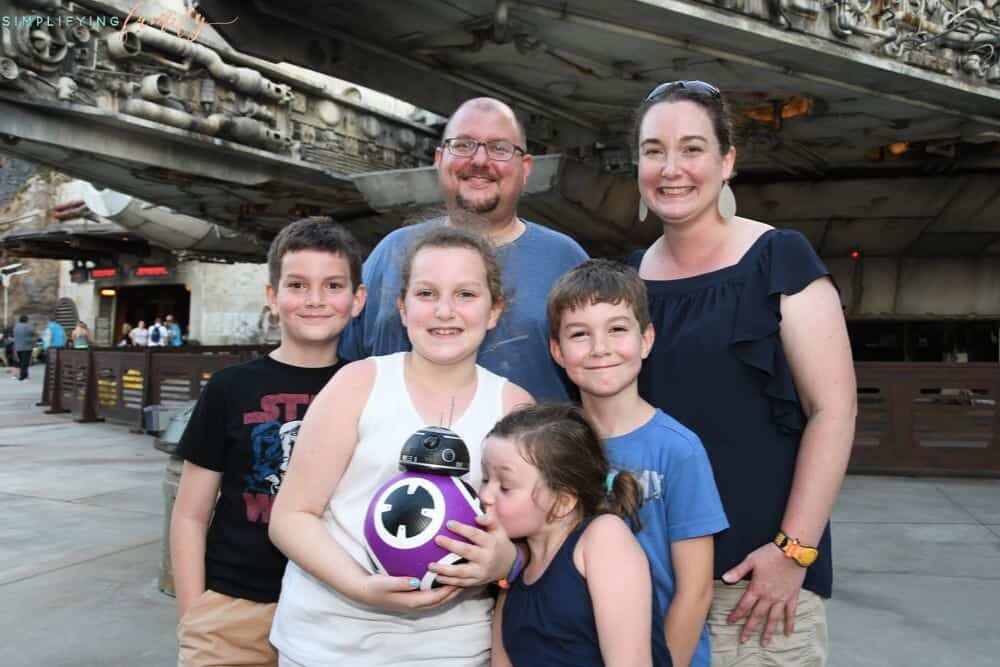 Black Spire Outpost in Star Wars: Galaxy’s Edge is home to a bustling marketplace, full of vendors showcasing wares from across the galaxy. Guests can pick up authentic Batuuan attire with a stop at Black Spire Outfitters, start a collection of toys at Toydarian Toymakers, or peek into the cages in the Creature Stall. The marketplace’s twisting pathway is just waiting to be explored, with something new to see seemingly around every turn. 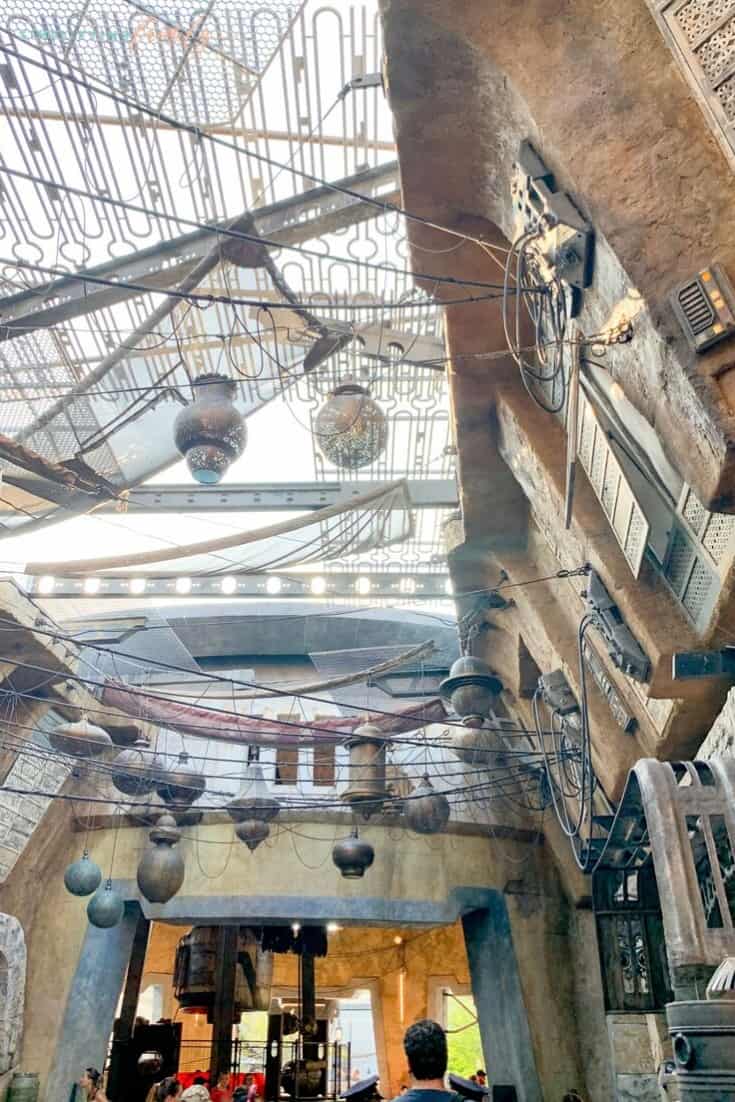 Ever since Luke Skywalker sat down for a family meal in “Star Wars: A New Hope,” Star Wars fans have had this burning question: What does Blue Milk taste like? Now at Star Wars: Galaxy’s Edge, they finally have their answer. The Milk Stand in Black Spire Outpost offers both Blue Milk and Green Milk, delicious frozen blends with dashes of fruity accents. 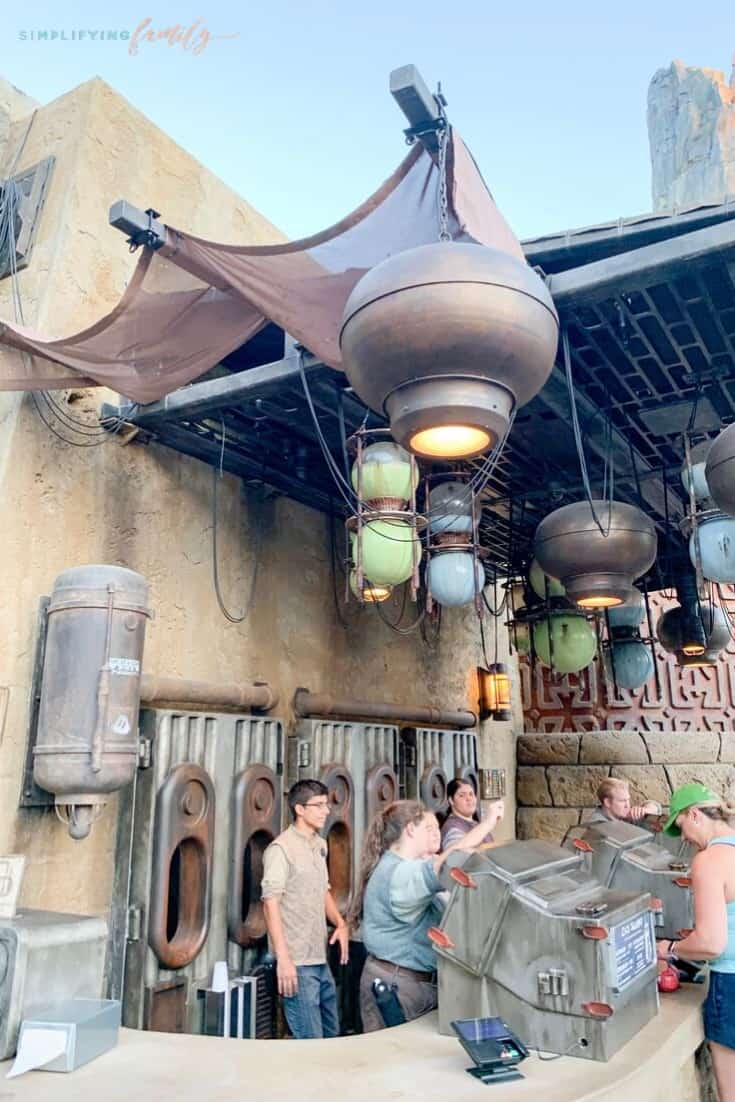 4. Grab a Bite to Go at Ronto Roasters

Whether it’s the large podracing engine hanging overhead, the former smelter droid turning a spit of meats or just the savory smells wafting by, Ronto Roasters is sure to grab guests’ attention. This quick-service location offers mouth-watering Ronto Wraps and sweet-or-spicy Nuna Turkey Jerky, as well as a selection of specialty beverages. 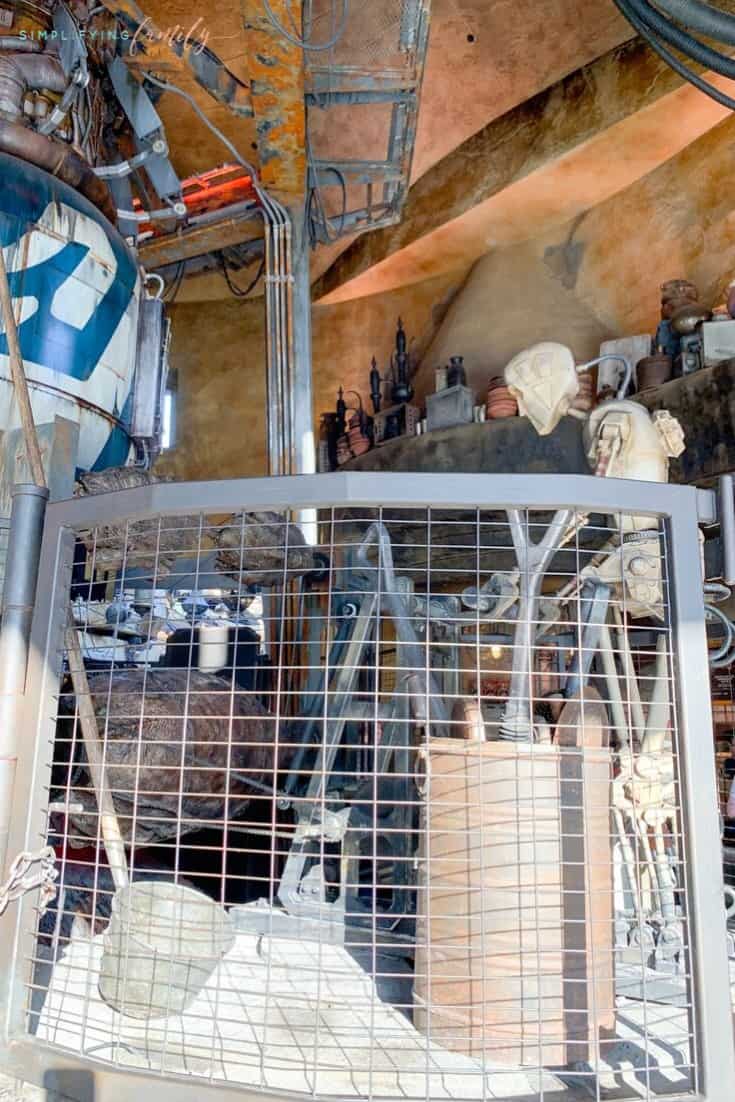 5. Craft a Lightsaber at Savi’s Workshop

Constructing a lightsaber is a rite of passage in the life of a Jedi, as this elegant weapon from a more civilized age is attuned to its owner through the Force. Guests in Savi’s Workshop – Handbuilt Lightsabers feel the presence of the Force as they craft their own lightsabers, customizing them with various hilts, décor and the all-important kyber crystals.

6. Build a Droid Inside the Droid Depot

Droids can be some of the most loyal companions in the entire Star Wars galaxy, and now guests have the chance to build and customize their own astromech friends at the Droid Depot. It’s so much fun, and yet slightly stressful when doing this with kids. 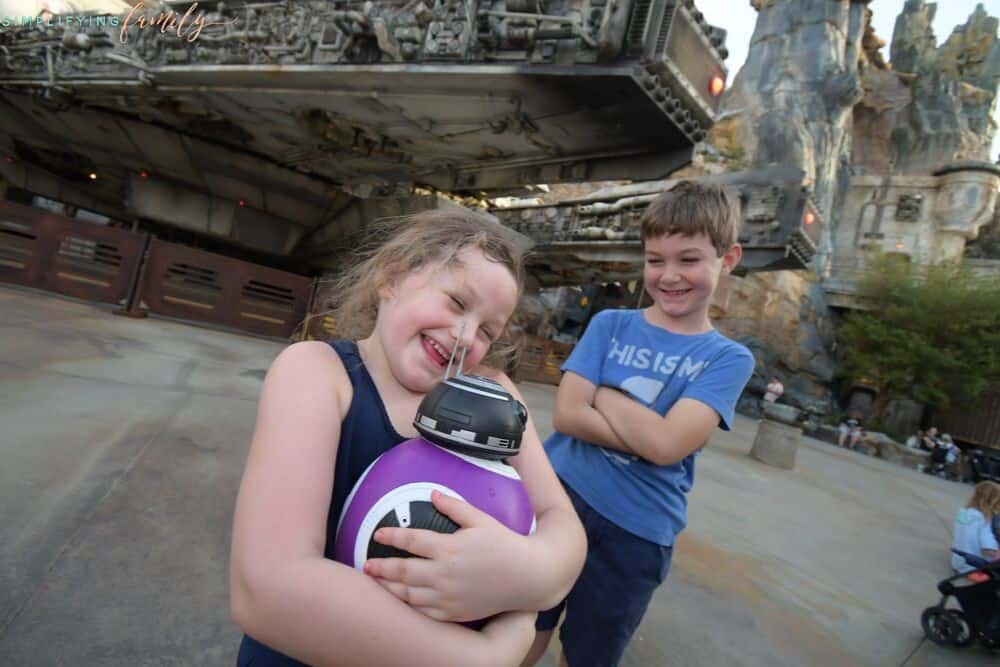 You pick pieces and parts off a conveyor belt to construct one of two core models (R-series or BB-series), we did the BB-series. Her name is E15A, or Elsa. As you walk around Batuu with your droid, watch as they interact with elements throughout Star Wars: Galaxy’s Edge.

Please note that using the remote-control device to operate your droid while at the theme parks is prohibited, you can carry your droid around Star Wars: Galaxy’s Edge to allow it to interact with elements in the land. Prepare to carry your new droid or bring a backpack.

7. Drop By for a Drink at Oga’s Cantina 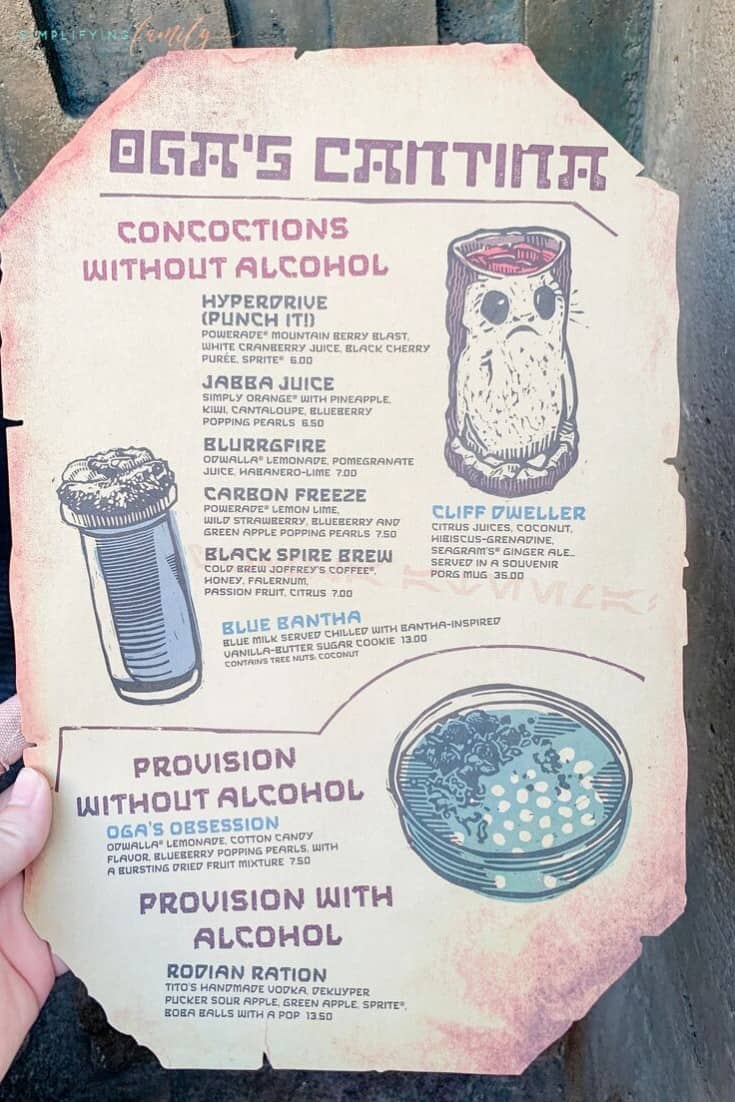 The heartbeat of Black Spire Outpost, Oga’s Cantina is a place where even the blaster-bolt scorches on the walls tell a story. Guests can gather to share their own tales from around the galaxy as they enjoy exotic beverages served in unique vessels and listen to spirited musical entertainment from DJ R-3X, the former droid pilot from Star Tours. Whether sidling up to the cantina’s counter or sliding into one of the establishment’s back booths, this is the best place to catch up on local gossip, make a new friend or form a new alliance. 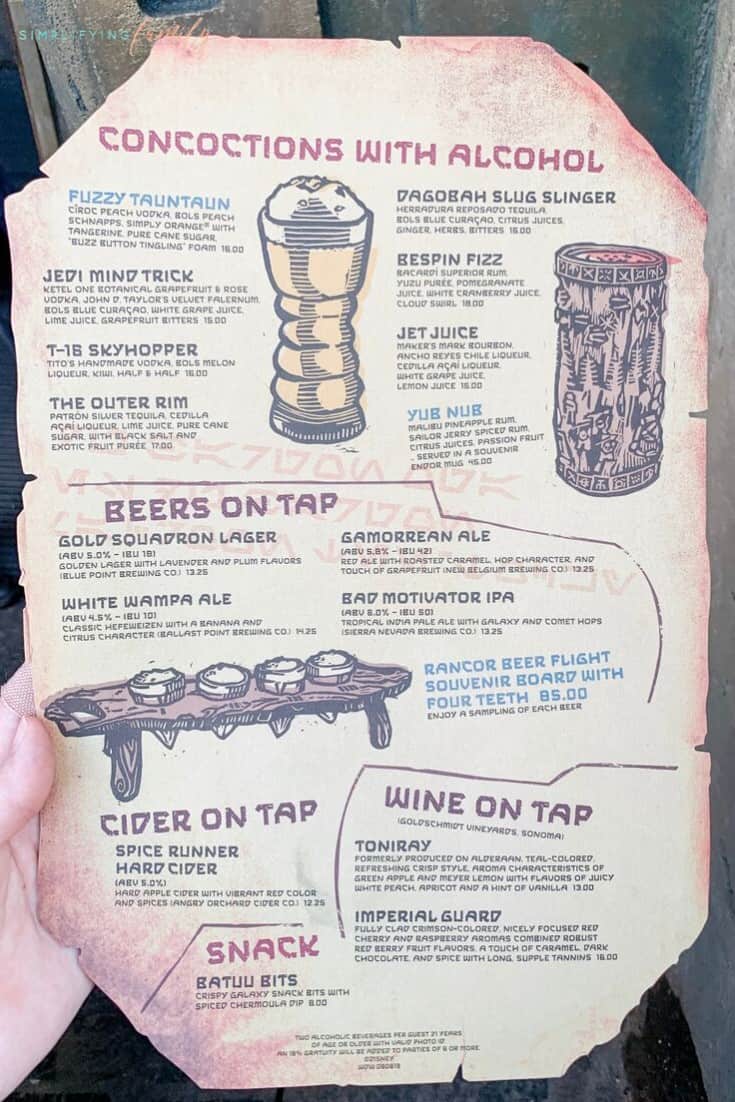 When accessed inside Star Wars: Galaxy’s Edge, the Play Disney Parks app transforms guests’ mobile devices into their very own Star Wars: Datapad. They can then scan the contents hidden inside containers, translate languages, and tune into communications happening throughout the land. Guests can also use this tool to hack into droids and door panels (what the locals call “slicing”) to unlock additional stories.

It is SO MUCH FUN. I want to go back and spend all day hacking systems, scanning cargo, and unscrambling messages.

9. Support the Resistance or the First Order to Gain Outpost Control

Using the Play Disney Parks mobile app, guests can play together in a game called “Outpost Control” that takes place across the land. Guests can choose to support either the Resistance or the First Order by hacking the blinking light panels next to doorways throughout Black Spire Outpost. The faction that controls the majority of these panels first wins the game and demonstrates their allegiance to their side’s cause. The conflict plays out multiple times throughout the day. 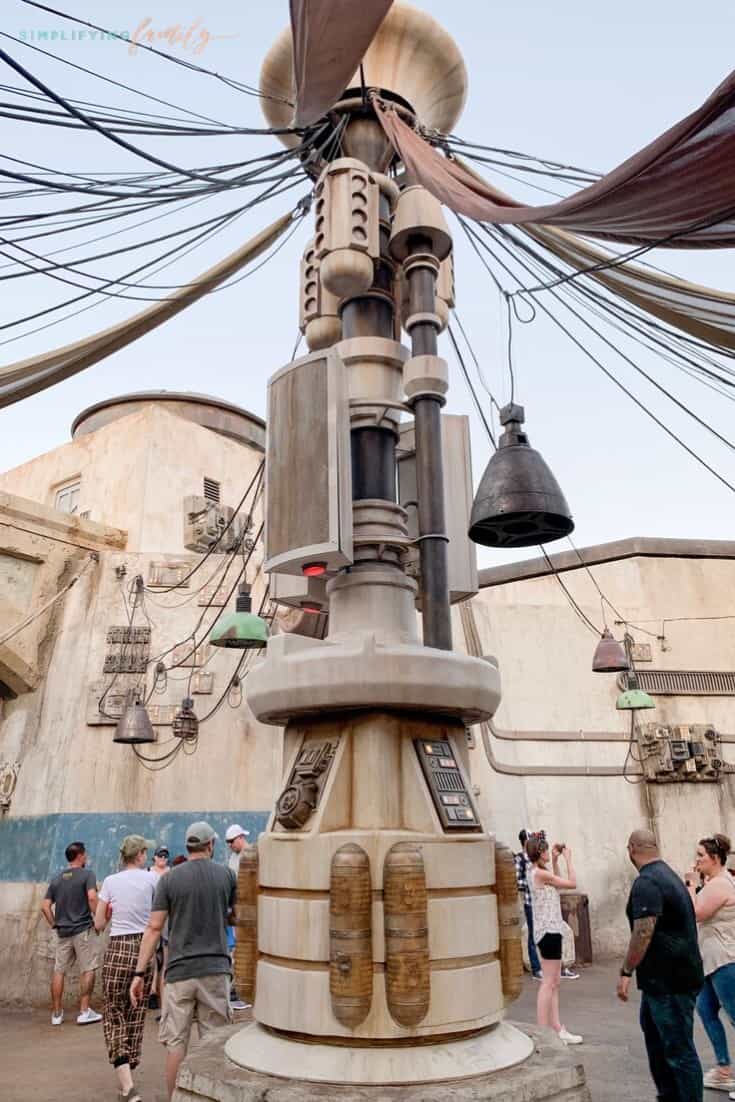 10. Be on the Lookout for Kylo Ren, Rey, and Other Star Wars Characters

Keep your eyes open as you explore Batuu because you never know when you may encounter heroes of the Resistance or agents of the First Order. Supreme Leader Kylo Ren lands at Black Spire Outpost and gathers Stormtroopers to help him hunt for Resistance fighter Rey. You may also see Millennium Falcon co-pilot Chewbacca or Resistance spy Vi Moradi.

The best part is seeing them roam around Batuu and interact with guests. 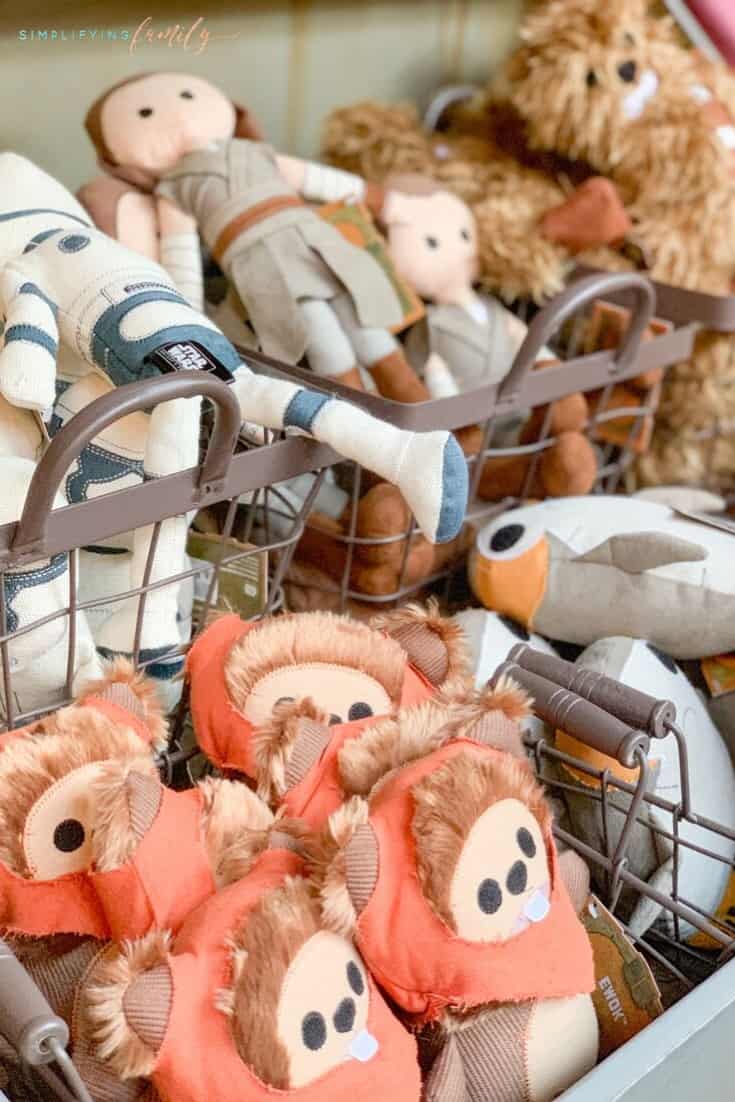 Have you been to Batuu? What was your favorite part? 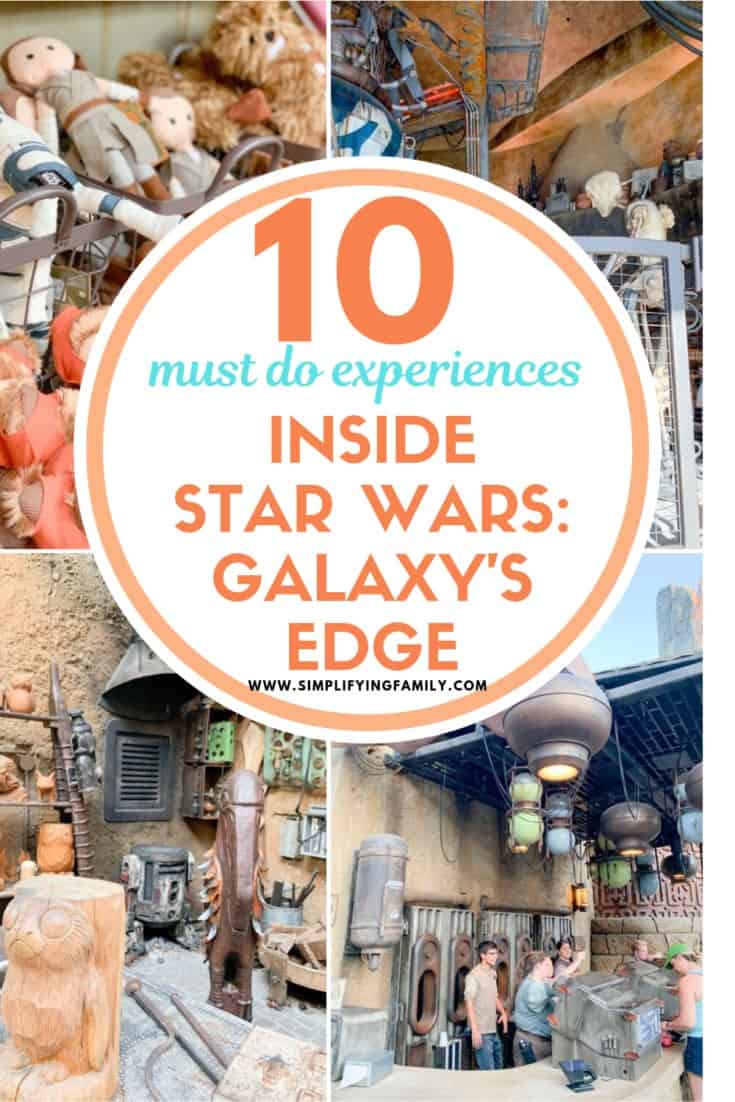