These must try eats at The Wizarding World of Harry Potter will have you feeling less Muggle and more magic with every bite.

Any visit to The Wizarding World of Harry Potter wouldn’t be complete without taking in all of the wizarding deliciousness the parks have to offer. Diagon Alley located at Universal Studios and Hogsmeade Village at Islands of Adventure will immerse you right into this magical world. Don’t miss these best eats at The Wizarding World of Harry Potter. We were given tickets to Universal Orlando Resort in exchange for giving our honest review. All opinions are my own. 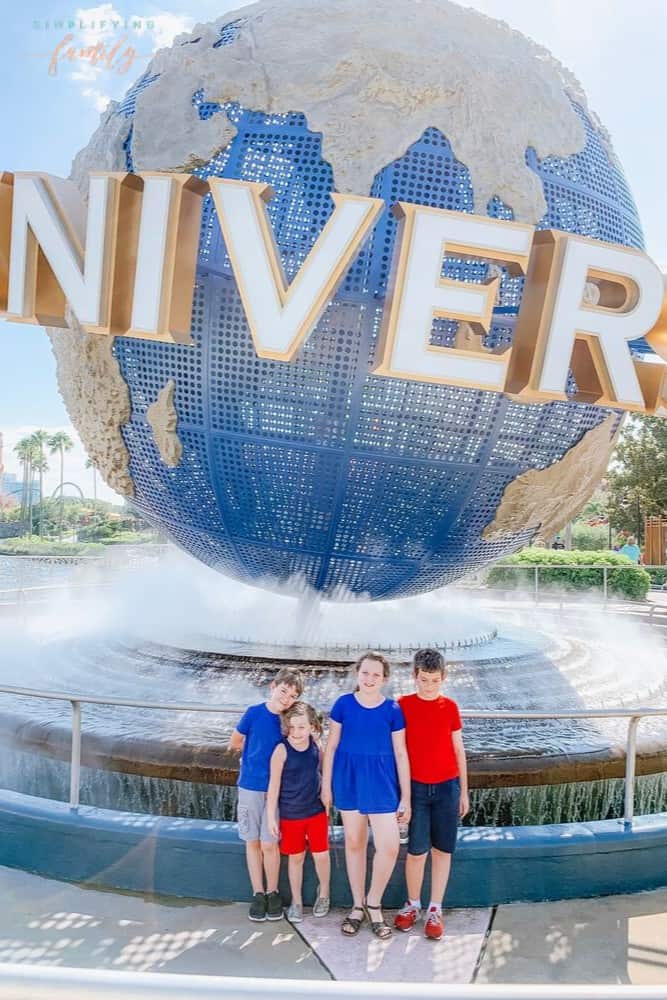 You will need tickets to both parks to get the full gastronomical experience but you can easily travel between both aboard the Hogwarts Express. While you won’t be disappointed with the many of the dining options within the parks, there are some choices you just shouldn’t miss.

These must-try eats at The Wizarding World of Harry Potter will have you feeling less Muggle and more magic with every bite.

Must Try Eats at The Wizarding World of Harry Potter

What to Eat at The Leaky Cauldron in Diagon Alley

The Leaky Cauldron in Diagon Alley is where Harry Potter spent several weeks before school began after running away on the Knight Bus. He lost his temper and turned his Aunt Marge into a Muggle hot-air balloon in The Prisoner of Azkaban. At The Wizarding World of Harry Potter, The Leaky Cauldron is a quick-service restaurant right on Diagon Alley. 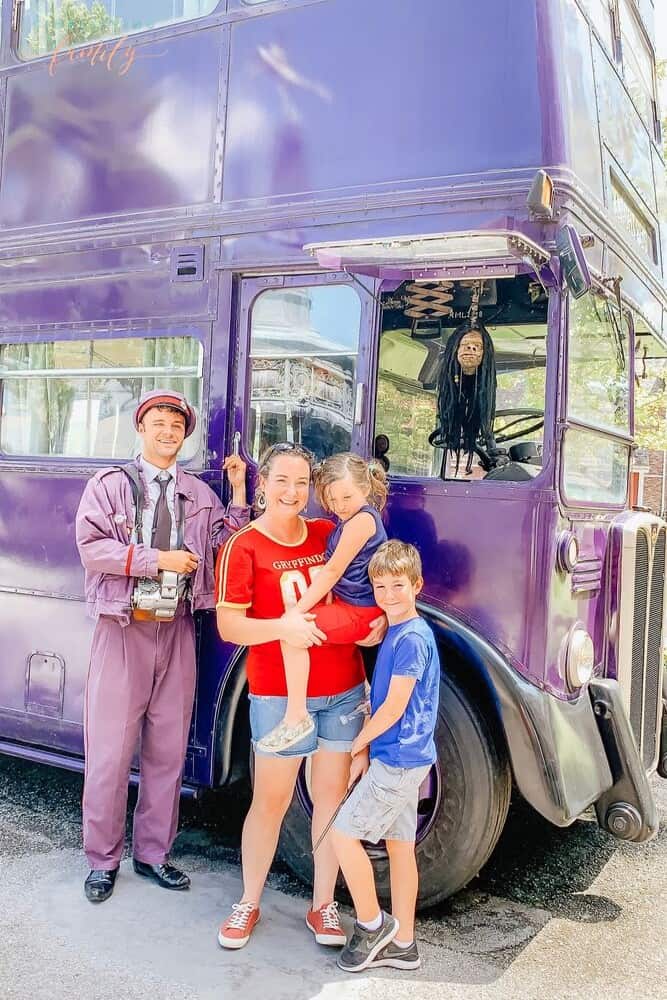 The restaurant serves breakfast, lunch, and dinner. If you’re dining here, you will not want to miss the Toad in the Hole. Two sausages with vegetables served over Yorkshire pudding topped with onion gravy is a traditional British meal that is spot-on according to many park visitors traveling from the UK. 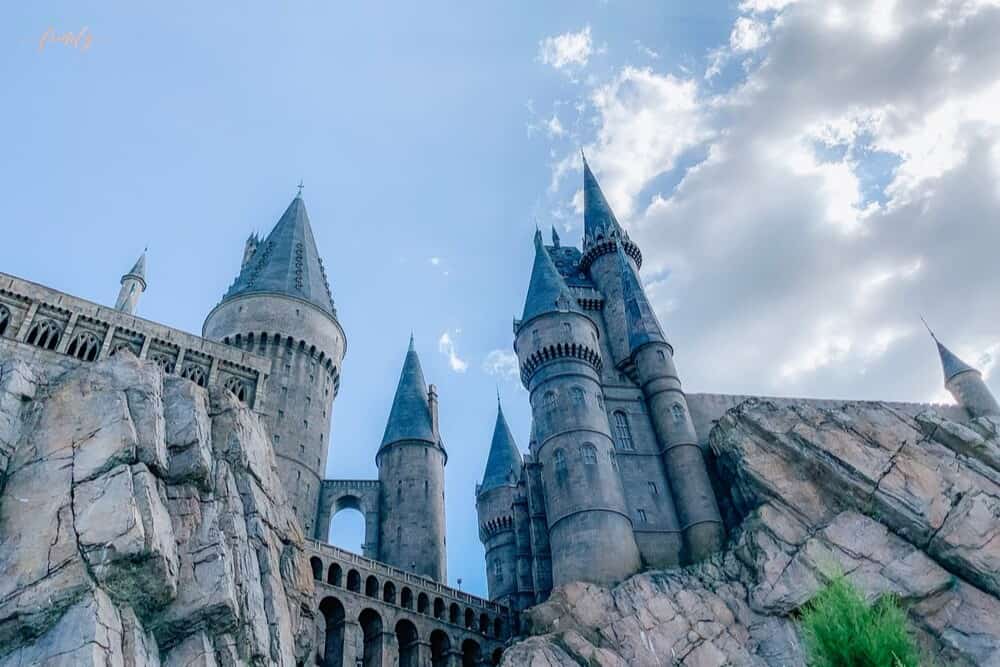 Another must-try at The Leaky Cauldron is the Mini Pie Combo. The Mini Pie Combo includes a Fisherman’s Pie made with cod, shrimp and salmon topped with mashed potatoes and beef Cottage Pie which is great for sharing, especially if you’re opting for dessert afterward.

You also don’t want to leave The Leaky Cauldron without trying the Butterbeer Potted Cream. This decadent butterscotch custard served in a mini-hinged mason jar, is a favorite of many. Definitely delicious and Instagram-worthy! 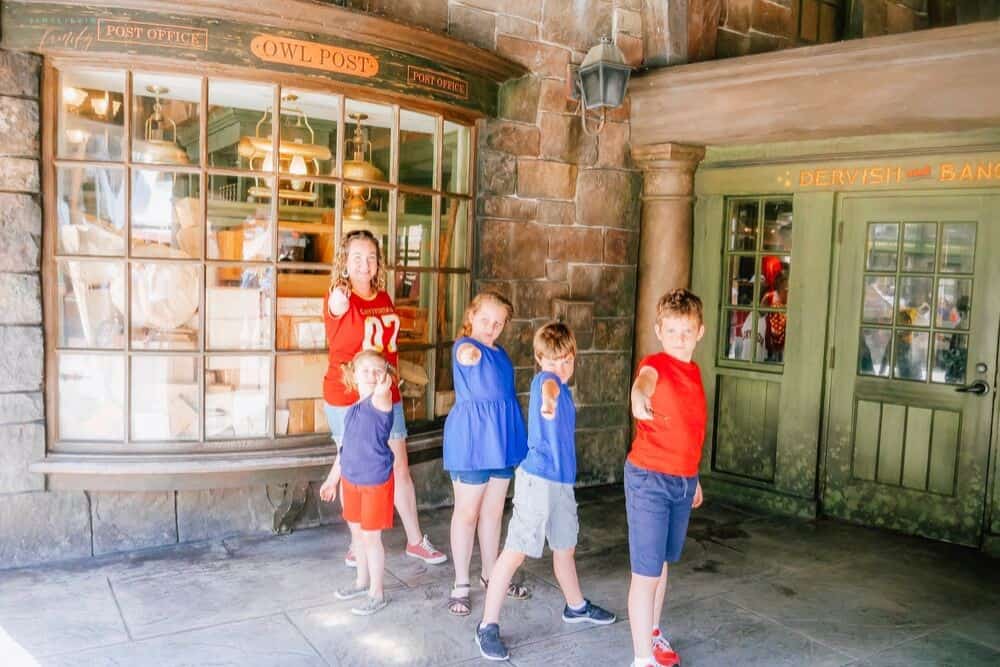 Head over to Hogsmeade Village to experience a meal at Three Broomsticks. If you’ve not had a Butterbeer before, this is where you’ll want to try your first one, just as Harry did.

Three Broomsticks is a rustic-themed tavern where you’ll find cozy comfort meals. Some favorites include the shareable Chicken and Spare Ribs platter, Beef Pasties and Shepherd’s Pie. The Chicken and Spare Ribs Platter is served with corn on the cob and roasted potatoes. Shepherd’s Pie is a combination of ground beef, lamb and veggies topped with potato. The Beef Pasties are filled with ground beef, vegetables, and potatoes and are served with salad and dressing. 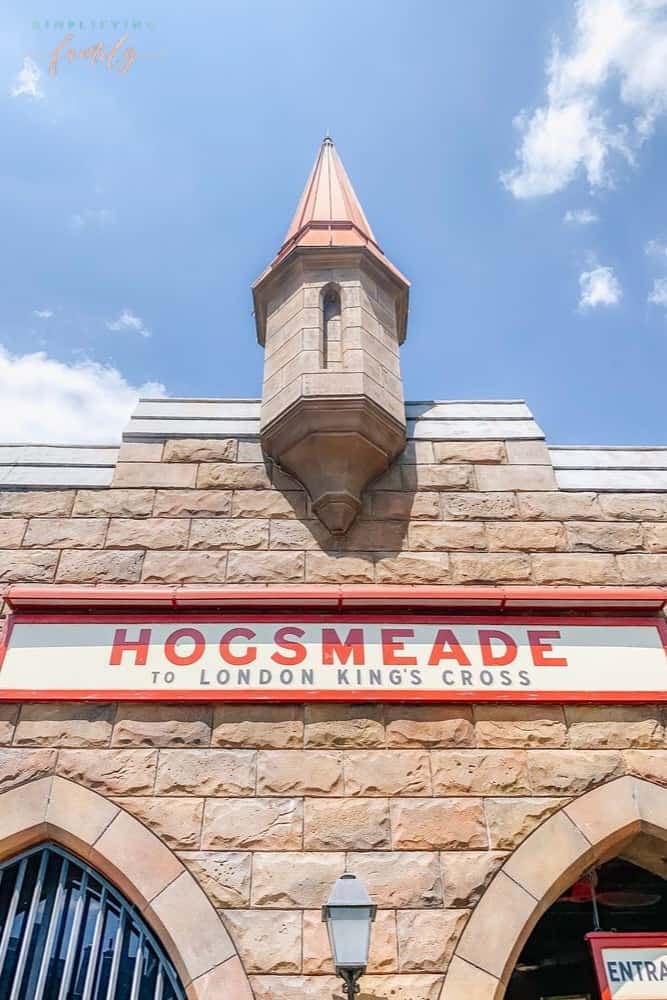 While you may not have a Quidditch win to celebrate, as Fred and George did when they purchased the Pumpkin Fizz, it is still a must-try.

All About That Butterbeer

When visiting The Wizarding World of Harry Potter, a requisite Butterbeer should be your first order of business. You just simply, must. The potted cream version can be found at the restaurants noted above and you’ll find the drinks in both parks and in various forms. 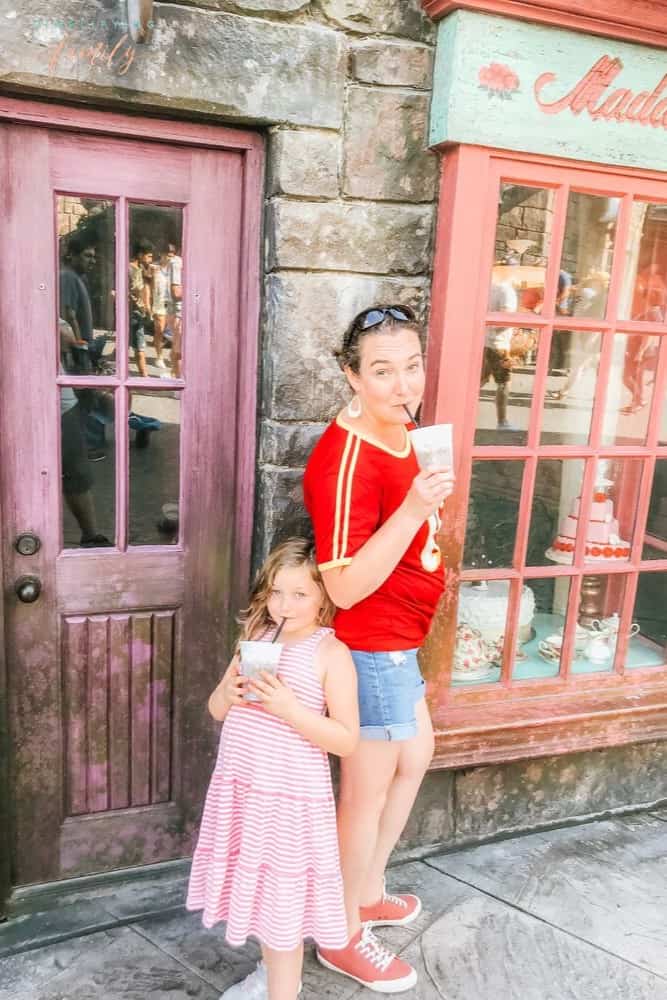 Guests can purchase it cold or frozen or even hot. In addition to the sit-down restaurant potted cream Butterbeer, it’s available as a decadent fudge or an ice cream in both Hogsmeade and Diagon Alley. You’ll find Butterbeer in restaurants and street kiosks throughout both parks.

The frozen was my favorite!

Additional Foods to Try at The Wizarding World of Harry Potter

At Diagon Alley, Eternelle’s Elixir of Refreshment is a fun and interactive beverage kiosk. Guests purchase elixirs to mix with their Gilly Water for a flavored beverage souvenir to take home. 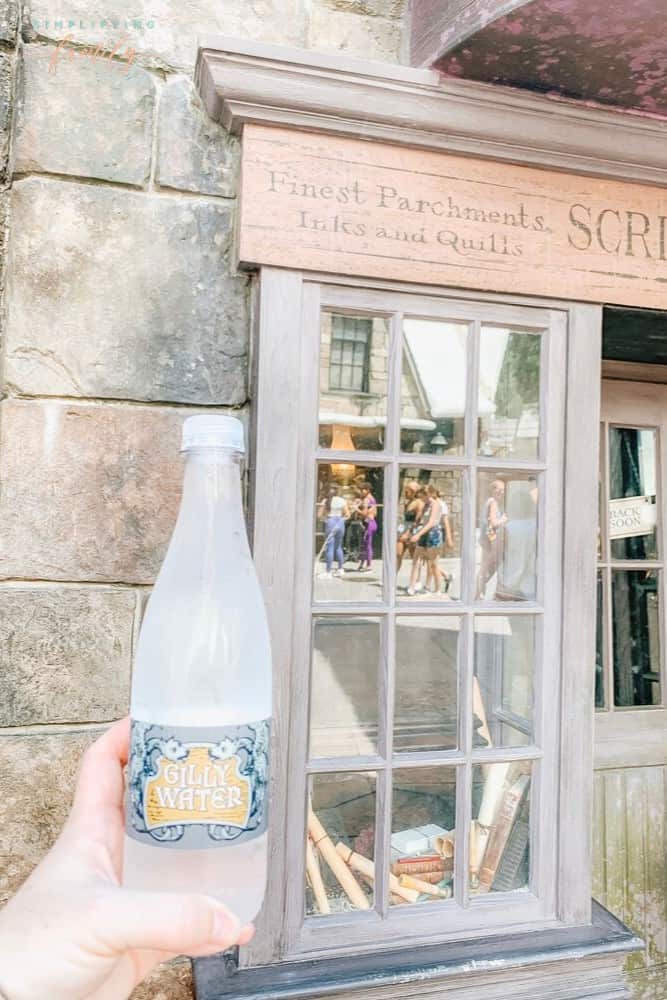 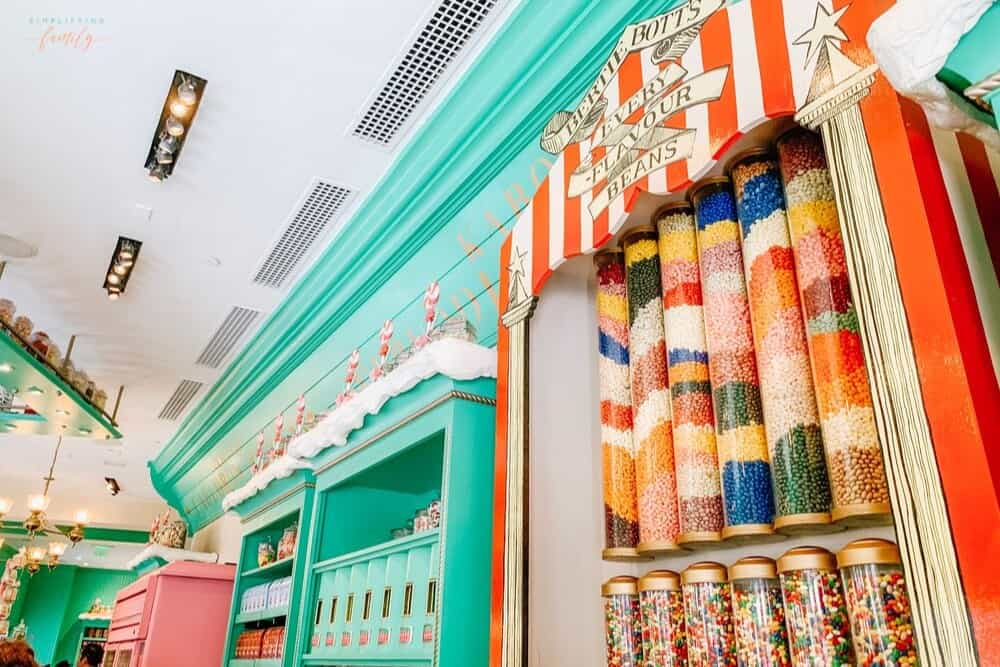 Don’t forget to check out the Pumpkin Pasties at Honeydukes!

At beverage carts throughout Hogsmeade, bottled Pumpkin Juice is a must-try. If you’re visiting Three Broomsticks, you can buy it by the glass there as well. The Strawberry and Peanut Butter Ice Cream from Harry Potter and the Chamber of Secrets is another unusual, decadent combination. 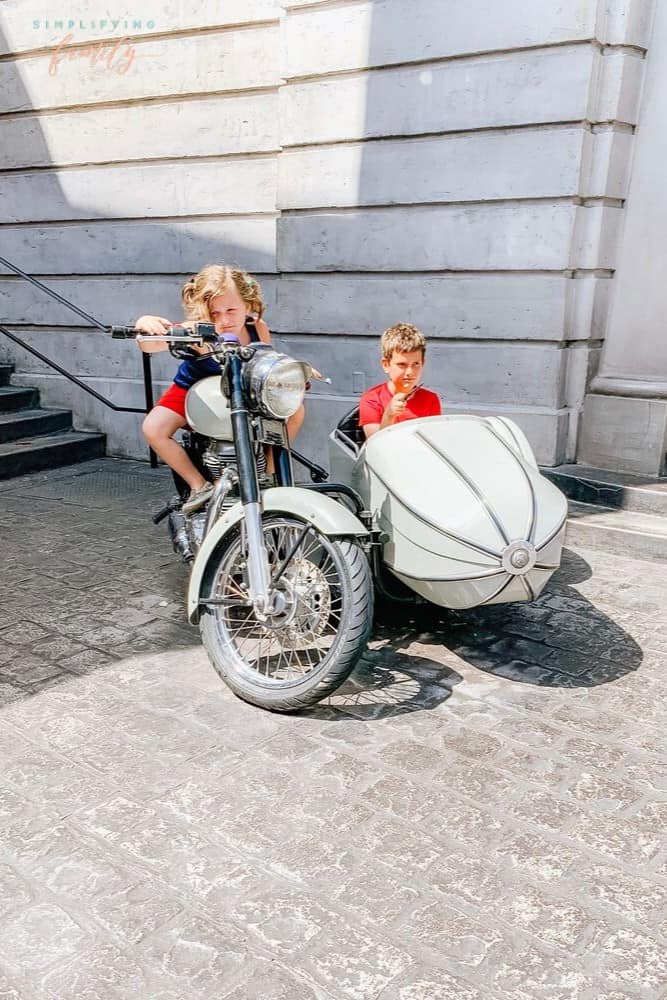 Whatever you choose to eat at The Wizarding World of Harry Potter, one thing is certain; you’re in for a magical experience. The theming details carry throughout the parks, you’ll instantly feel transported into Harry’s world. Whether you’re inside a restaurant or walking down Diagon Alley; you’ll feel as though you just escaped 4 Privet Drive and are living your best wizard life. 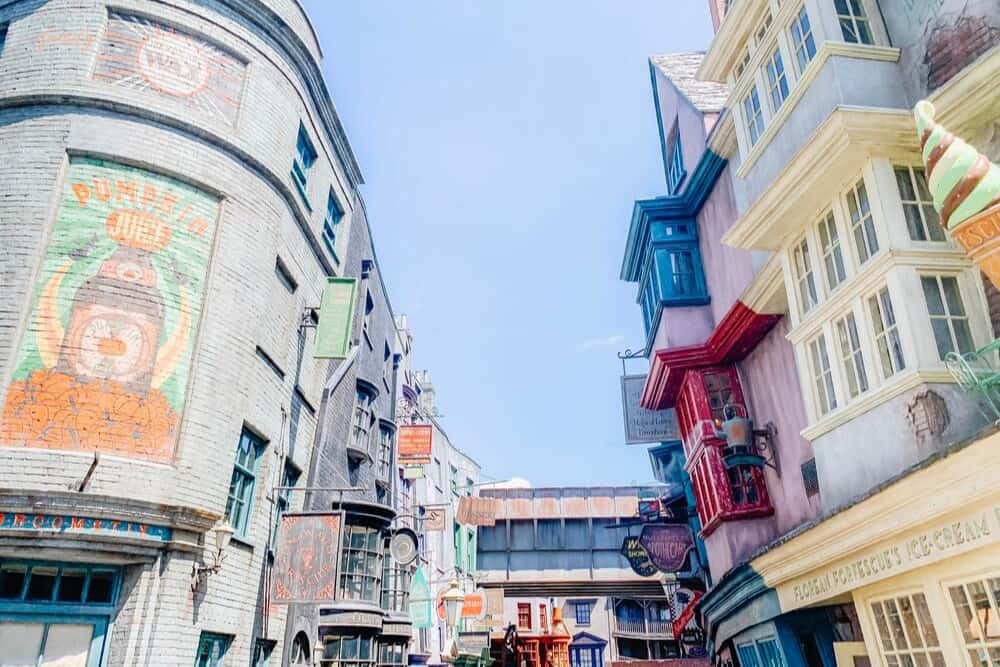 My entire family loved the Butter Beer when we visited! Definitely a must do!!

A great round up of foods! Thanks for the insight!

I could wander around the WWoHP and just look at all the detail and storefronts all day. And Honeydukes....so fun!! I love my Butterbeer frozen!

It was SO much fun! Our favorite parts of Universal Orlando for sure! Frozen Butterbeer is the BEST!! I'd love a cup right now.