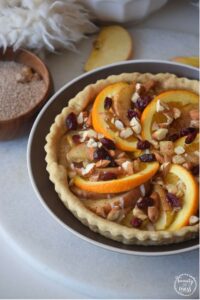 Spiced apple and orange pie is the perfect gluten-free and sugar-free dessert for the holiday season! 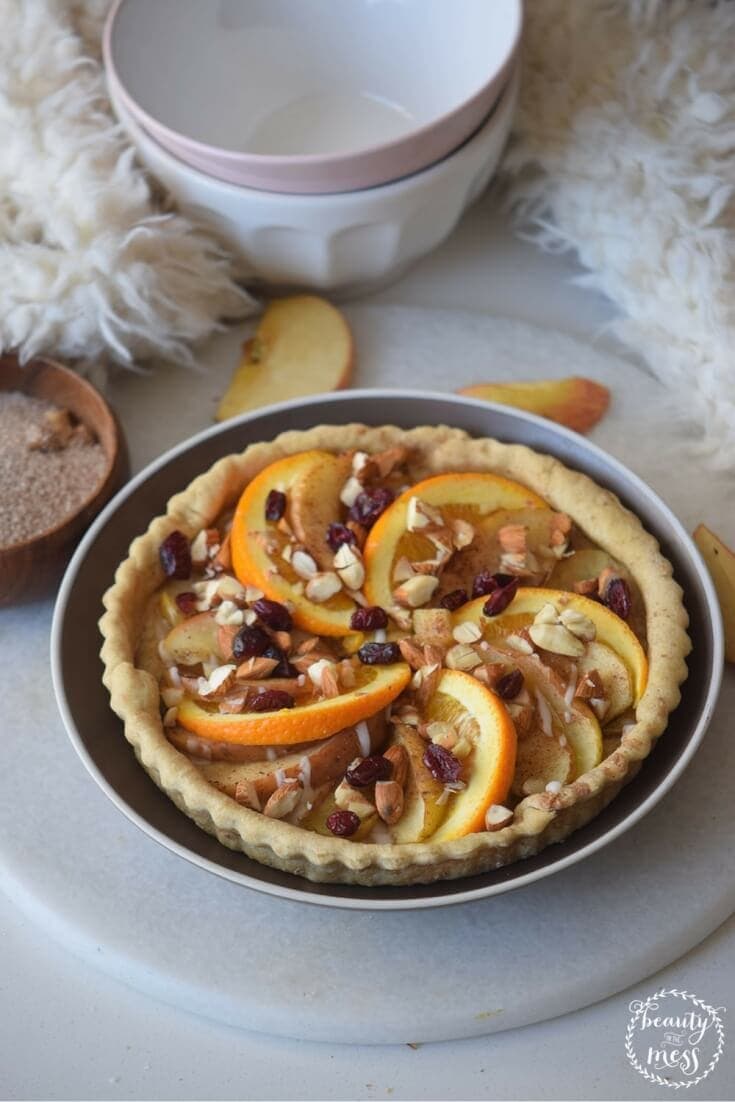 I’m crazy for pies I’ve always loved them, but there’s something about the crusts of gluten free and dairy free pies that always underwhelms me. I mean pies should be buttery, right? They should be flaky and melt in your mouth good and just a bit crunchy. And when you are making it without butter, well that buttery part sometimes gets lost. 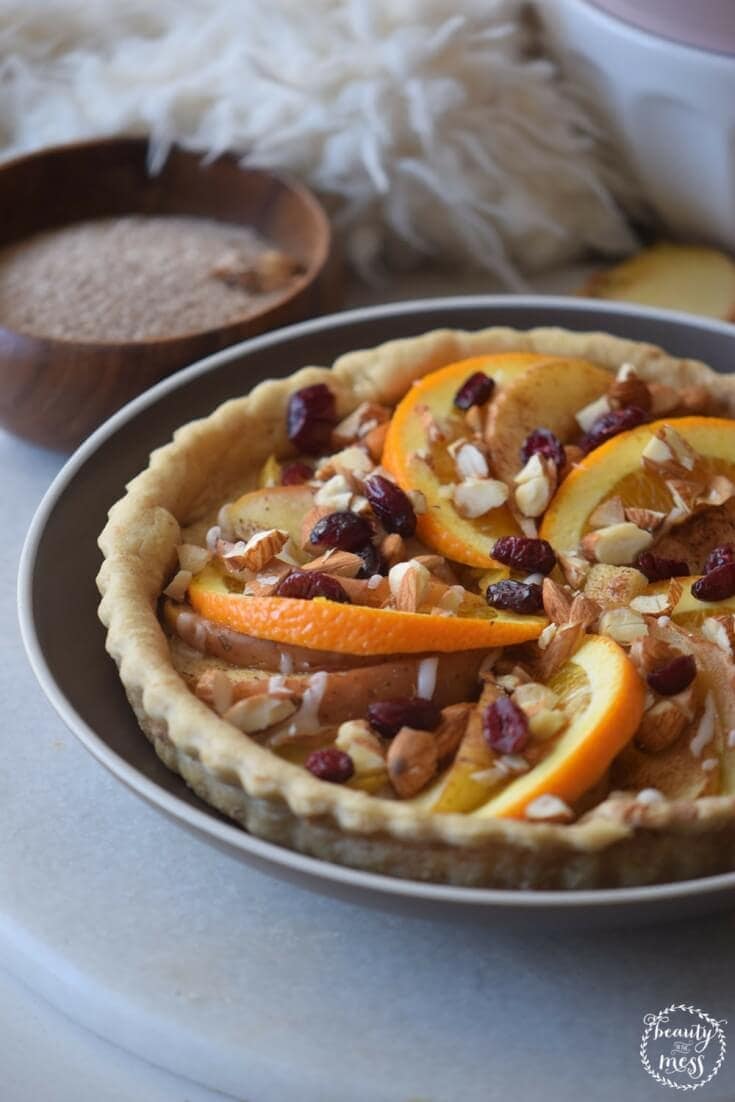 So last year I decided to head to the kitchen and I baked, I actually baked close to 15 pies trying different recipes and ratios trying to come up with the perfect gluten free and dairy free apple pie. And after all the testings and inviting people over to do blind tests I found my favorite. 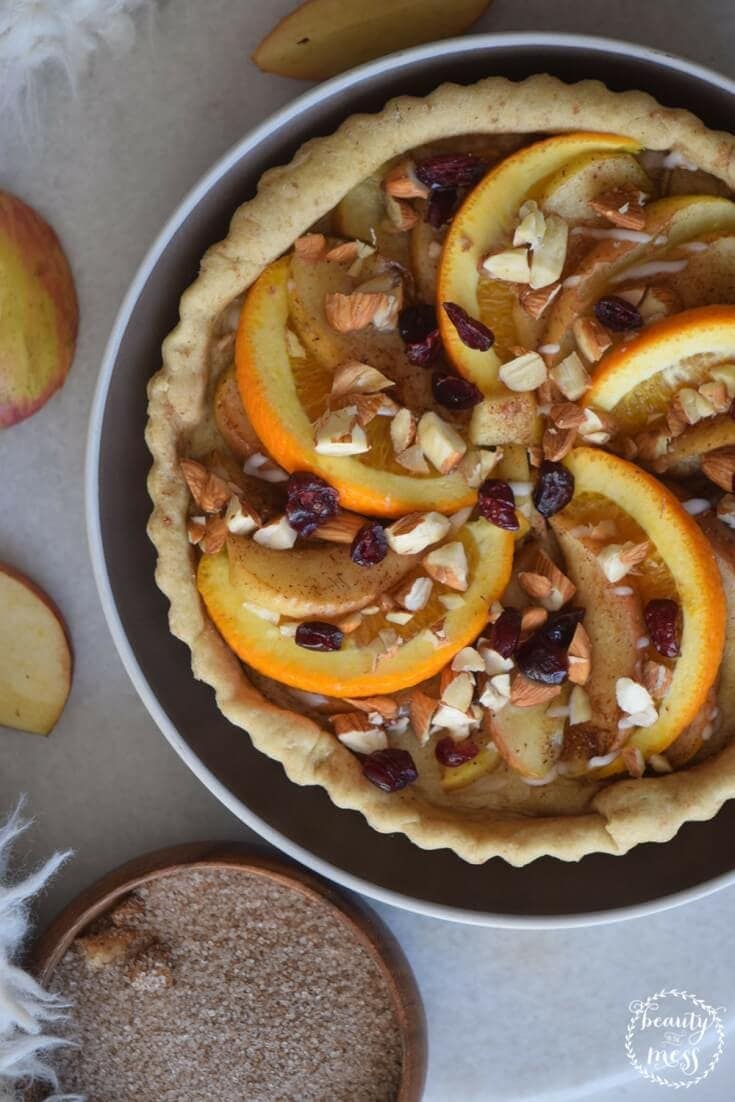 This year I decided to take it out again and perfect it even more so this recipe my friend, this spiced apple and orange pie recipe is a tried and true favorite that just got even better. The crust is just like the one grandmas used to make. The filling is uber delicious, and overall the combination is sweet without being overpowering and spiced without being too hot. It’s perfect for parties and gatherings and for small and intimate dinners with family. 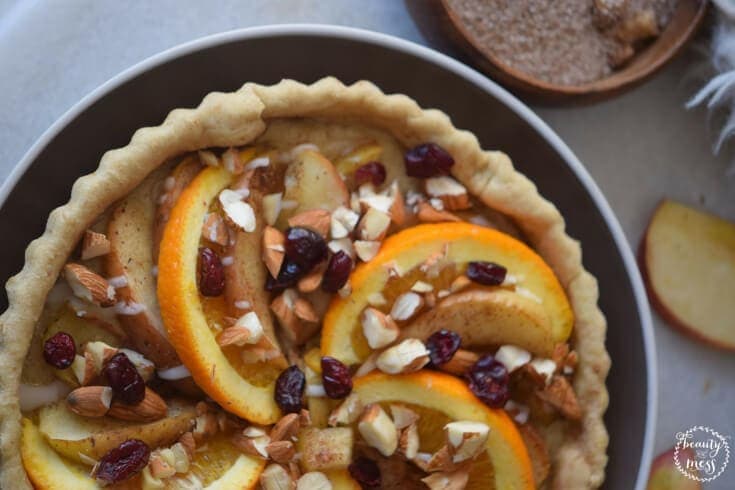 For me, the secret is in spicing not only the filling but also the crust. I like the crust to be a special player in the pie and I believe they should bring more to the table than just holding the deliciousness that’s inside, so we get the crust to be spiced as well. 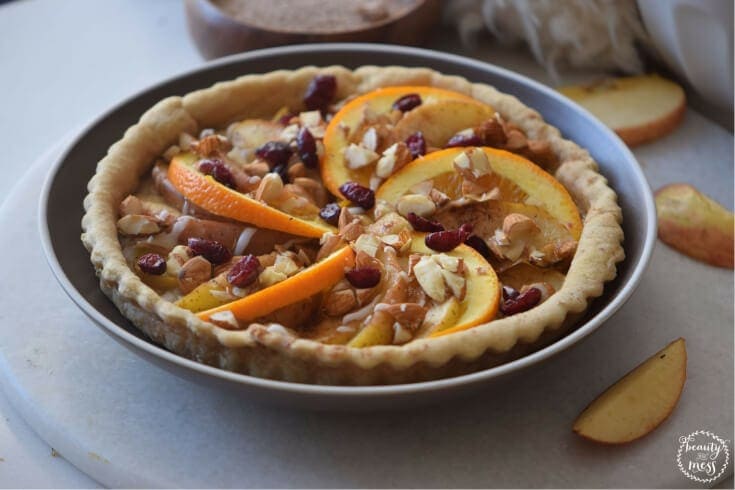 The other thing that I love is since the crust is in the spotlight you can have fun with the filling. Feel free to top it with more fruits, add a drizzle of date caramel or serve it with some coconut ice cream. 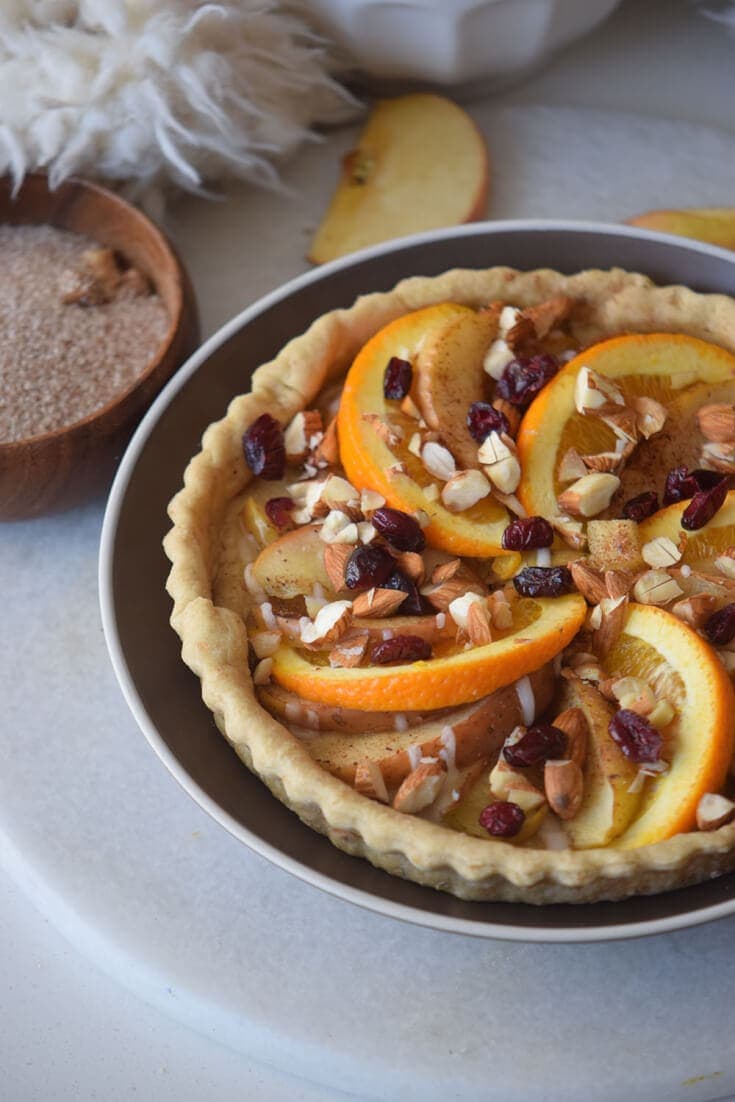 Preheat the oven to 370 degrees. Grease a pie pan and set aside.

Prepare the crust in a food processor by pulsing all the ingredients until obtaining a thick dough. Press into the pie pan and bake it for 10 minutes.

For the filling, coat the apple slices with the raw honey, cinnamon, nutmeg, vanilla, allspice, and salt.

Fill the crust with the apple slices, and then add the orange slices.

Top with the chopped almonds and dried cranberries.

Take to the oven and bake for 20 minutes or until done.